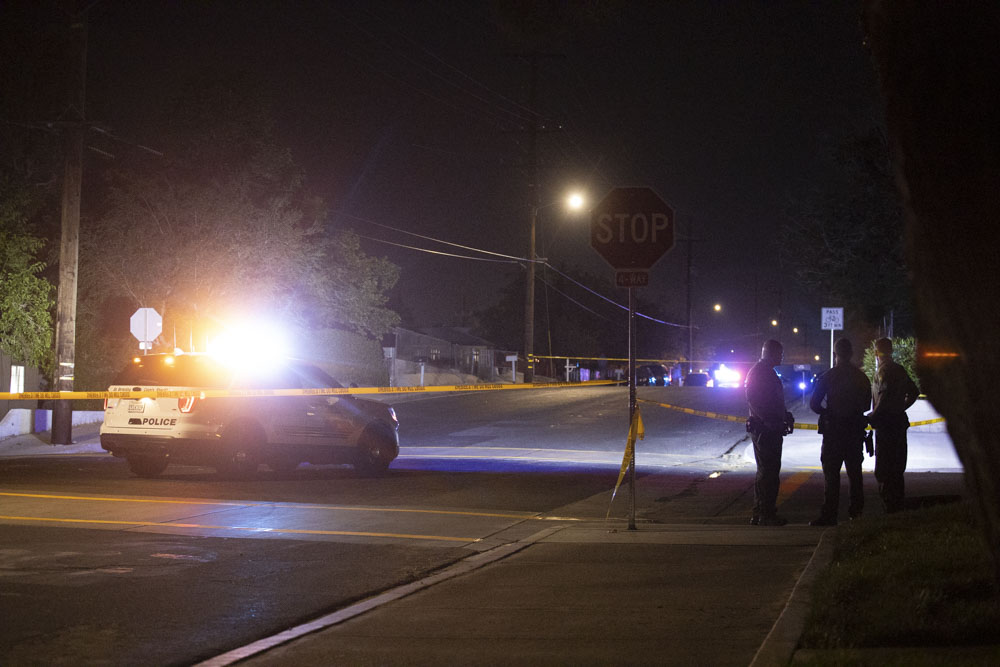 Sheriff’s spokeswoman Mara Rodriguez said they stopped to check on a female on the side of the road, whom they reported appeared to be in distress. The two females got out of the car to help the woman and a physical altercation occurred.

“As this was happening, they reported another vehicle pulled up and multiple people exited. They began to hit the first party’s car with a baseball bat. They then got back into their car and fled. The two women got back into the car with Gregory and followed the other party,” stated Rodriguez.

As the vehicles approached the intersection of 6th Street and Forrest Ave, gunfire was exchanged between Gregory and occupants of the second vehicle.

The second vehicle fled the scene and has not been located.

Deputies went to Gregory’s Adelanto home to interview him. During the contact, Gregory gave deputies consent to search his home. A handgun, of the same caliber as the found cases, and a shotgun were located and seized as evidence.

Rodriguez said the report will be sent to the District Attorney’s office for consideration of charges and prosecution.