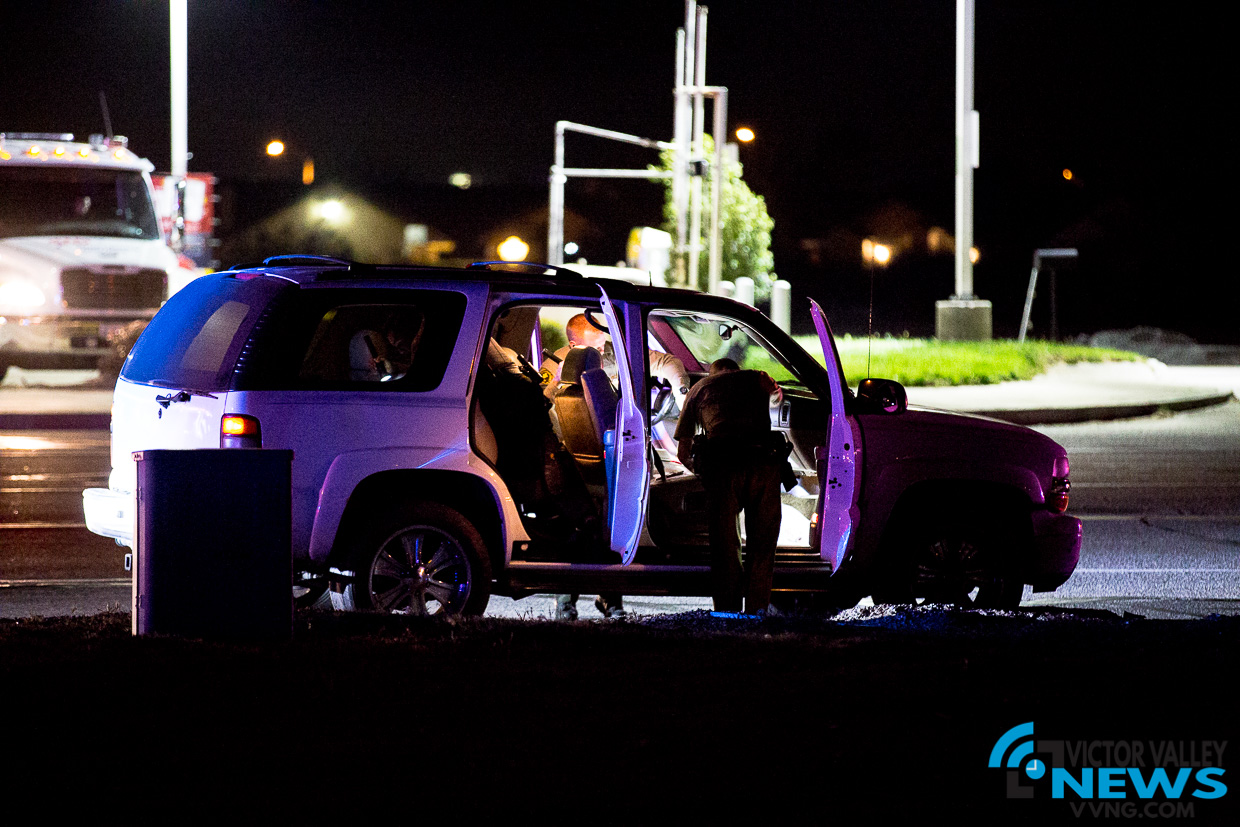 On March 17, 2017, Deputy B. Walsh, from the Victorville Police Department, attempted to conduct a traffic stop on a 2002 Chevy Tahoe.

Anthony Moore, 45, a resident of Victorville, failed to stop at the posted stop sign at Luna and Amethyst, prompting the traffic stop.

Deputy Walsh activated his patrol unit lights and sirens. The suspect failed to yield and continued running through stop signs and a red light.

The pursuit continued for approximately 4 miles before Moore decided to stop his vehicle at US Highway 395 and Bear Valley Road.

Pursuing officers gave Moore commands, however, he refused to comply. A deputy deployed his Taser and Moore was taken into custody.

While conducting a search, deputies recovered a loaded firearm from the vehicle.

Anthony Moore was arrested and booked at High Desert Detention Center for failure to yield, carrying a loaded firearm and being a felon in possession of a firearm and ammunition. He is scheduled to appear in Victorville Superior Court on March 21, 2017.

The pursuit terminated at the intersection of US Highway 395 and Bear Valley Road. (Gabriel D. Espinoza, Victor Valley News)