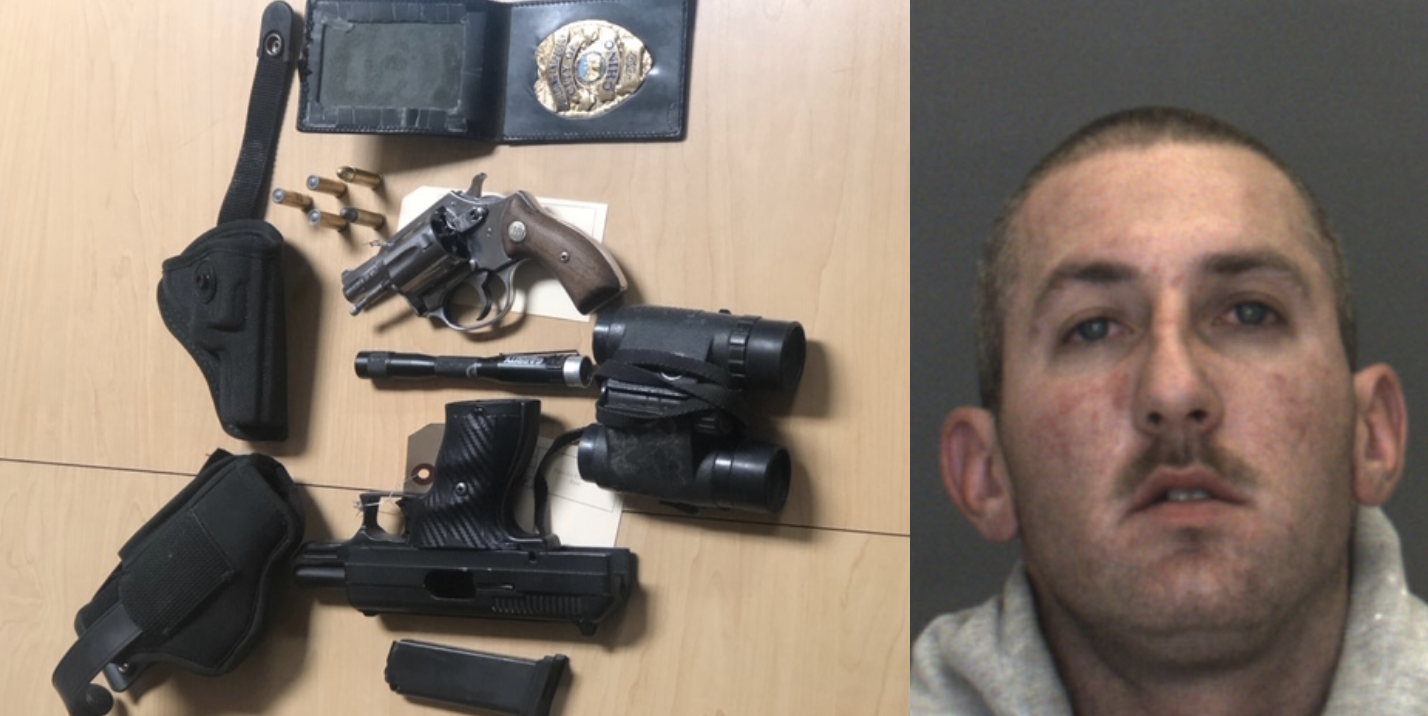 PINON HILLS, Calif. (VVNG.com) — Authorities arrested a man and a woman who were found to be in possession of multiple firearms and a stolen building inspector’s badge, officials said.

It happened on Saturday, December 15, 2018, at about 7:30 pm when Deputy J. Mora conducted a traffic stop near the Chevron gas station on Highway 138, near Mountain Road.

The deputy made contact with the driver identified as Alan Cascarini, 29, and passenger Chelzi Seaman, 25, both residents of Phelan.

According to a sheriff’s news release, during the traffic stop, both suspects appeared to be under the influence of a controlled substance and were arrested.

“During a search of the vehicle, two firearms and a Building Inspector’s Badge, which is believed to be stolen, were located inside the vehicle,” stated the release,

Cascarini reportedly provided a false name to the deputy but was later positively identified and found to be on Parole with a no-bail warrant for his arrest for absconding, officials said.

Cascarini and Seaman were both arrested and booked at High Desert Detention Center. Due to the possession of the badge and firearms, anyone believed to be a victim of false identification of a peace officer is urged to contact Deputy Mora at the Phelan Sheriff’s Station.

Anyone with information regarding this crime is urged to contact Deputy Mora at Victor Valley Sheriff’s Station, Phelan Sub-Station, (760) 995-8781. Persons wishing to remain anonymous can report information to WeTip by calling 1-800-78-CRIME, or by accessing the website at www.wetip.com.

Body pulled from lake in Helendale; no foul play suspected