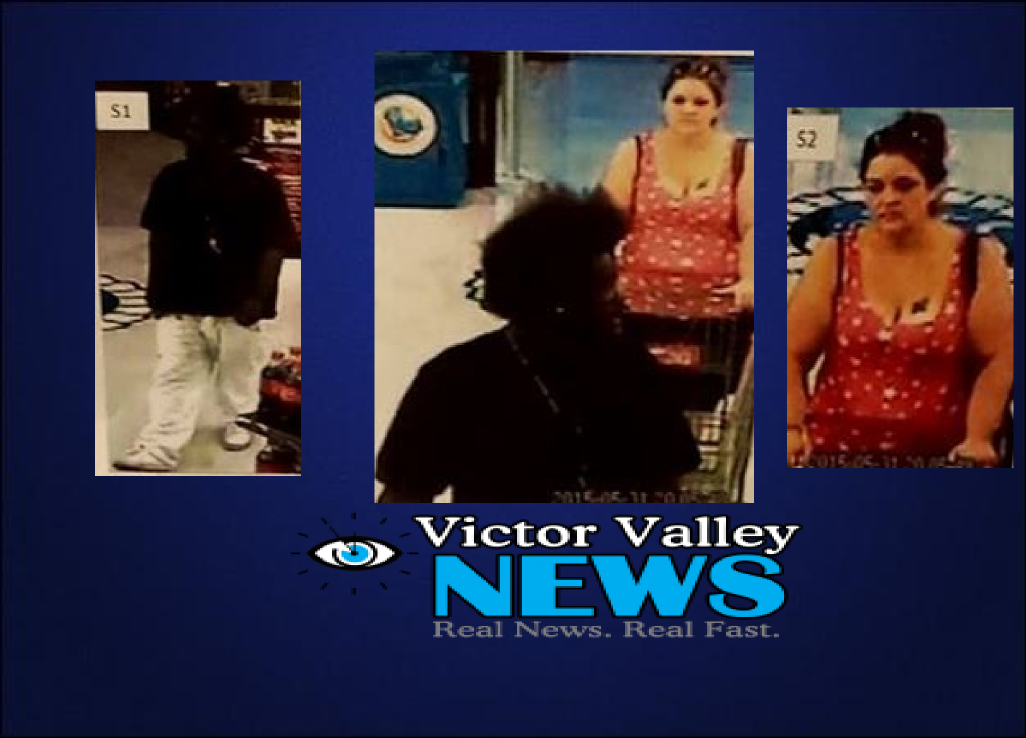 APPLE VALLEY-(VVNG.com):  On Sunday, May 31st at approximately 8:05 p.m., two unknown suspects allegedly entered the Stater Bros located at 12253 Apple Valley Road with a shopping cart. As they went into the store they proceeded to fill the cart with meat and other groceries.

The two then attempted to leave the store without paying, when confronted, the male suspect, who was pushing the cart threatened to shoot the store personnel while implying he had a gun in his pocket. The cart was recovered and was determined to be valued at $321.48.
The suspects , driving a black 1990’s style vehicle license plate 7JNM152.  If you have any information you are asked to contact the San Bernardino County Sheriff’s Department, Apple Valley at (760) 240-7400 refer to case #181503331.