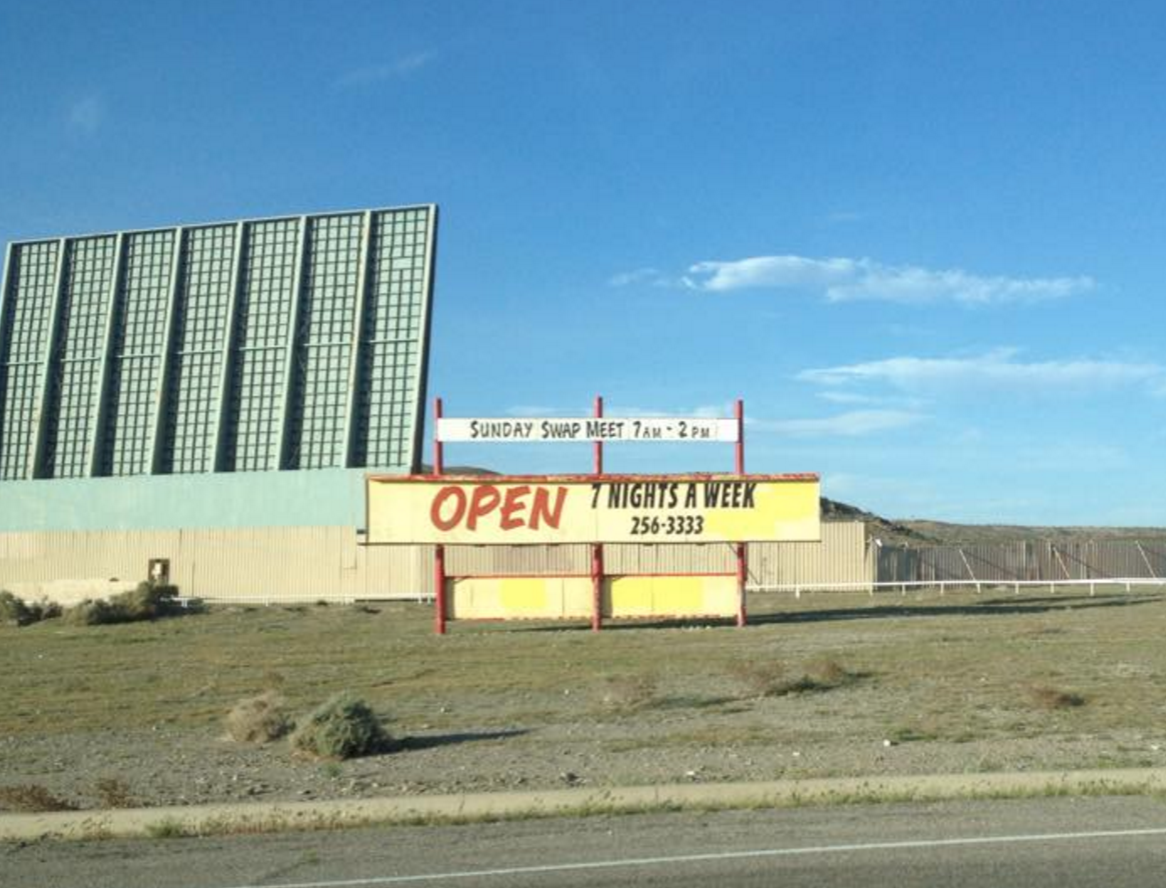 BARSTOW-(VVNG.com):  The investigation of the Skyline Drive-in stabbing continues, with friends of the woman telling Victor Valley News that she is, in fact, pregnant, and was stabbed in the stomach for less than $100 in cash. The Skyline drive-in, located at 31175 Old Hwy 58 was placed on an approximate 1-hour-long lockdown in order to keep witnesses at the scene, authorities said.

Still San Bernardino County Sheriff’s officials will not confirm the fact that the 38-year-old woman is pregnant, but they did confirm only an assault with a deadly weapon did occur. The attack, which appeared to be random, occurred Saturday night at around at around 8:53 p.m. in the restroom at the drive-in.

Through investigation, detectives determined that the stabbing was believed to be carried out by two unknown women. Video surveillance was made available immediately following the attack, but the description of the two women is still yet to be released.

The woman was airlifted to a local trauma center with non-life-threatening injuries. Friends told Victor Valley News that the victim and her unborn baby are doing well despite a few medical hurdles they faced following the stabbing.