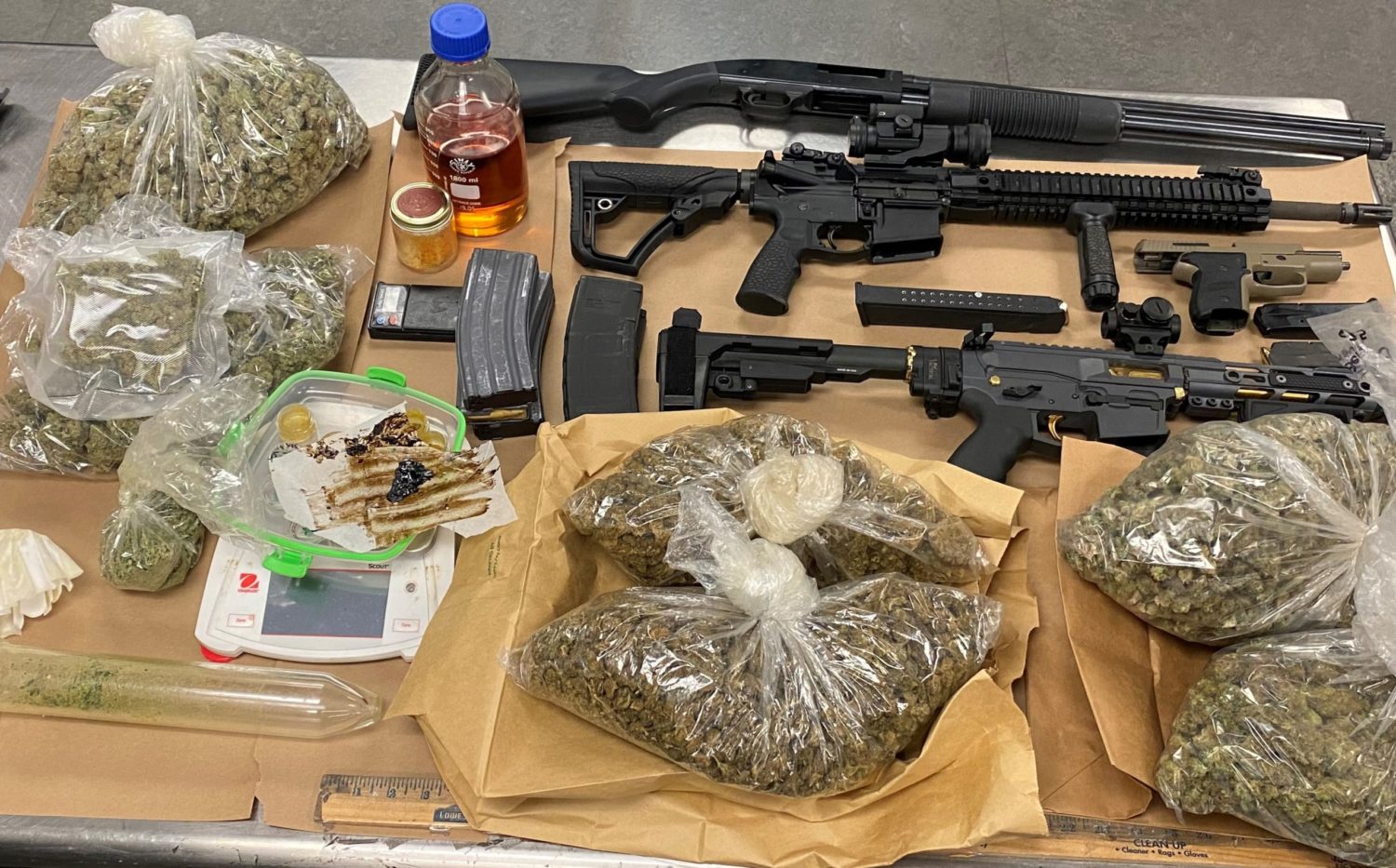 HESPERIA, Calif. (VVNG.com) — On Friday, May 7, 2021, the Hesperia Gang/ MET team conducted three search warrants within the City of Hesperia regarding the ongoing battle of marijuana cultivation. The locations and information for the search warrants are derived from multiple sources, ultimately leading to a criminal investigation.

During the search of a residence in the 11000 block of Pinon Avenue, deputies seized approximately 21 pounds of processed and packaged marijuana for sales along with a one half-gallon of pure THC oil and a 12-gauge shotgun. Two subjects were arrested and cited for HS 11359.

During the search of a residence in the 6500 block of Jenkins Avenue, deputies located an active marijuana grow seizing approximately 377 plants along with 8 pounds of packaged marijuana. Additionally, deputies seized two illegal assault rifles and a 9mm handgun.  Two subjects were arrested and cited for PC 498, HS 11385, and PC 30605.

During the search of a residence in the 18000 block of Orange Street, deputies located an active THC honey oil extraction lab, an active marijuana grow, and seized approximately 340 plants and 100 pounds of processed and packaged marijuana for sales. Two subjects were arrested and cited for PC 498, HS 11358, and HS 11379.6.

All suspects are subject to fines from the City of Hesperia Code Enforcement for city municipal code violation.

While conducting these investigations deputies also located electrical bypasses at two of the three locations. These bypasses are extremely dangerous to the occupants in the residence along with the neighboring residences due to the high voltage electrical panels and wiring being improperly installed creating a huge risk of fire or explosion within the home. The Southern California Edison Company will respond to the location assisting in the deactivation of power to the home making it safe for the community.

Anyone with information regarding the illegal cultivation of marijuana is urged to contact the Hesperia Sheriff’s Station anonymously at (760) 947-1500 or the We-Tip hotline at 1 (800) 78-CRIME.

Barstow man arrested for having a sexual relationship with a minor