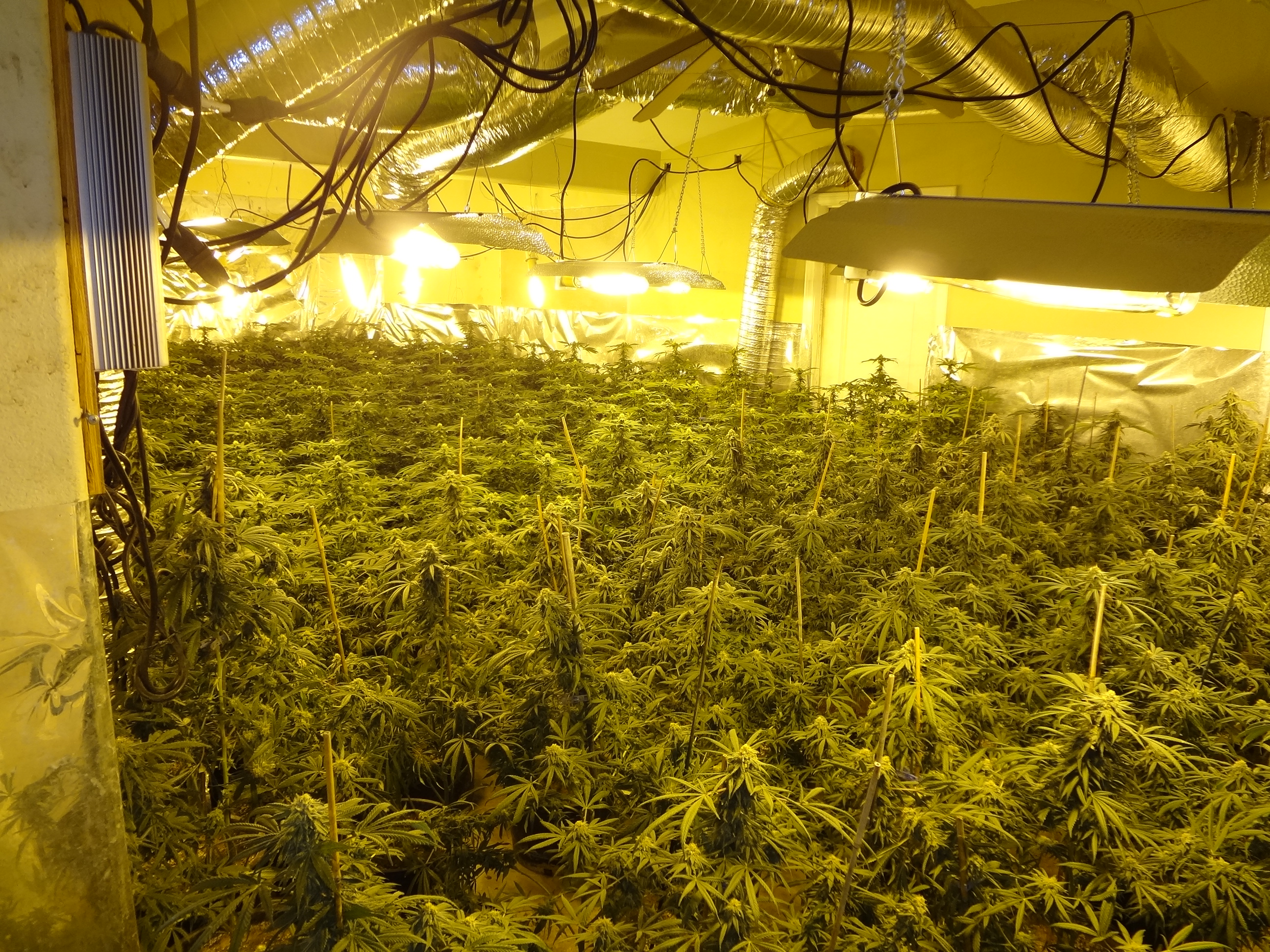 PHELAN-(VVNG.com):  A 58-year-old El Monte man was arrested for his involvement with a Phelan for Marijuana cultivation. The investigation began when the Sheriff’s Narcotics Division – Marijuana Eradication Team (MET) received information of suspicious activity at a residence on Joshua Road in Phelan.

MET investigators began an investigation and obtained a search warrant. When serving the search warrant on Thursday, April 16th at 1:45 pm the discovered a large-scale grow operation throughout the entire 2500 square foot home. Inside the residence they found over 1300 marijuana plants in various stages or growth as well as processed marijuana.

The elaborate grow operation used advanced lighting systems, air conditioning, fans, exhaust blowers and a filter system to control the climate inside the residence. The electrical system was bypassed allowing the suspect, Nhan Kinh Tang to steal over $400,000 in utilities during a period of five to six years.

The grow operation most likely went unnoticed for so long because of the rural and secluded location of the residence.

“Indoor marijuana grows will not become common in our neighborhoods, said Sheriff John McMahon. “The Marijuana Eradication Team will continue to take down these grow houses, put the operators in jail and seek restitution for the massive theft of utilities.”

Tang was booked at High Desert Detention Center in Adelanto for Marijuana Cultivation, Marijuana Sales and Utility Theft by tampering with meter/equipment.