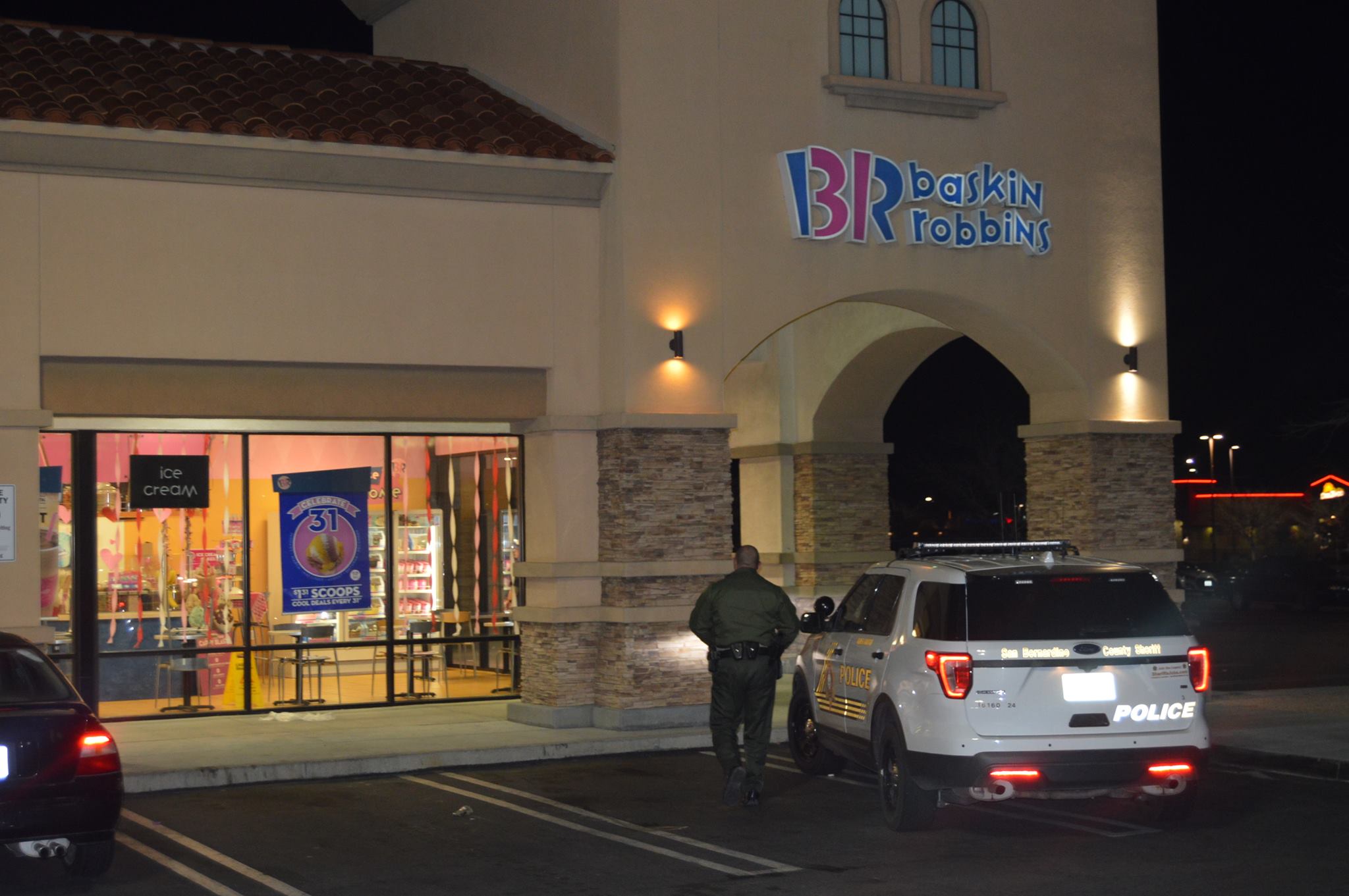 ADELANTO-(VVNG.com):  At around 8:30 p.m. on Tuesday night Victor Valley station deputies responded to the robbery of the Baskin Robbins located at 12100 Palmdale Road in Adelanto.

The suspect was described as a thin build, 5’6″ black male in his early 20’s. He was wearing  brown shoes or boots, plaid pants, gloves, black and grey vest, black hoodie and a black ski mask. The suspect entered the store, brandished a handgun and demanded money. He left west on foot toward Pearmain Street.

Deputies arrived on scene and set up a perimeter. A Sheriff’s helicopter and K-9 unit were called to the scene to assist in the search for the suspect. A pillowcase was located per scanner traffic, but it is unclear at this time if it is related to the robbery.

Anyone with information regarding this investigation is urged to contact Detective Mike McCurley at (760) 552-6800. Callers wishing to remain anonymous are urged to call the We-tip Hotline at 1-800-78-CRIME (27463) or you may leave information on the We-Tip Hotline at www.wetip.com.