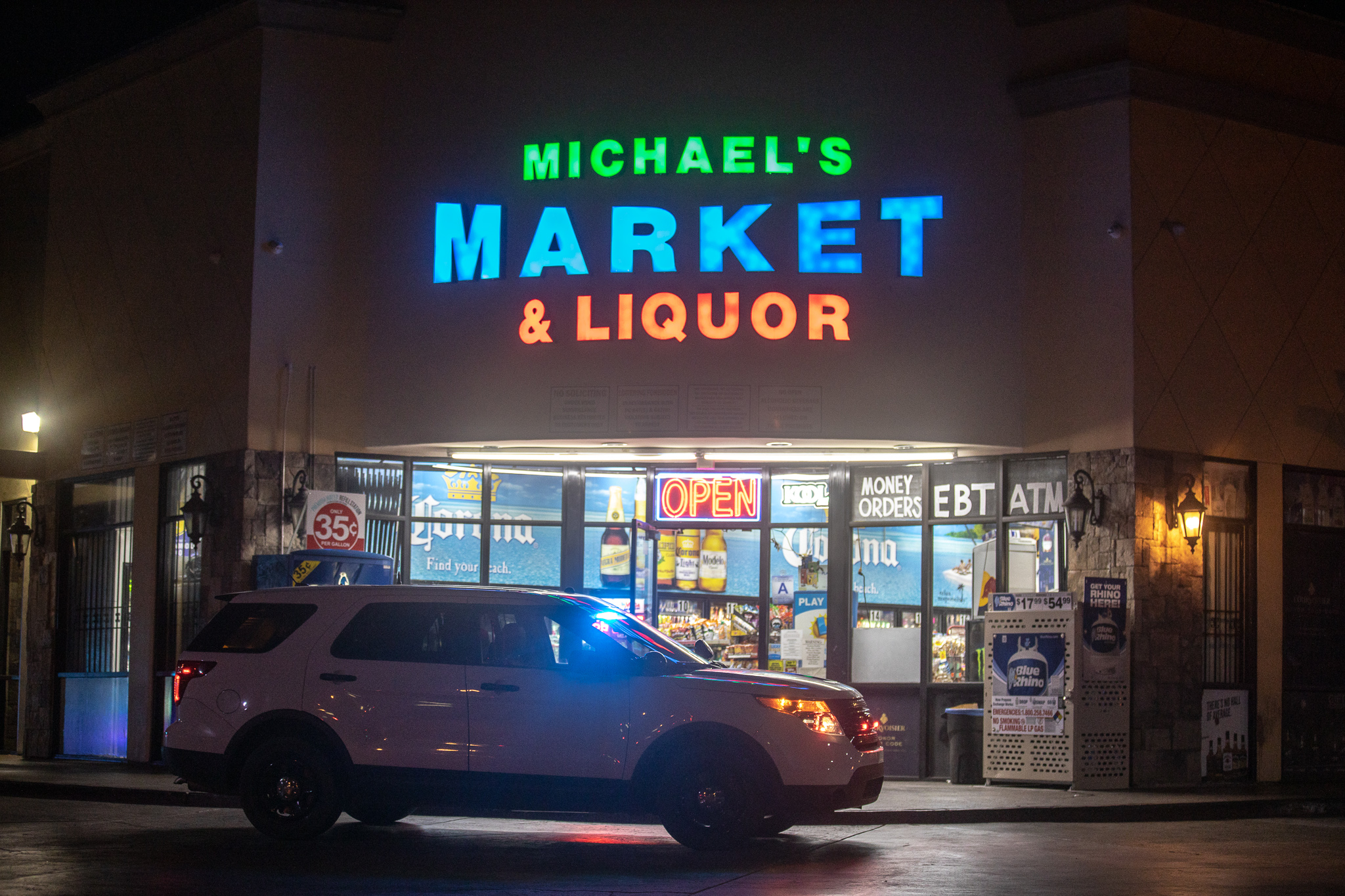 VICTORVILLE, Calif. (VVNG.com) — Deputies from the Victorville Police Department are investigating a shooting in a liquor store parking lot Thursday.

It happened at Michaels Liquor in the 14800 block of El Evado Road in Victorville. At about 8:15 pm, on April 25, 2019, deputies responded reference multiple shots fired.

Sheriff’s officials at the scene told Victor Valley News, a car sped out of the parking lot and a person from the vehicle shot towards the building.

Police said they don’t know who the suspect was attempting to shoot, as the investigation was just beginning.

Officials will be gathering surveillance footage from the stores and interviewing witnesses.

Earlier this year in January, a man was shot in his chest and sustained life-threatening injuries when he was shot outside this liquor store, according to a previous Victor Valley News article.

A description of the suspect or vehicle was not provided.

This is a breaking news story, check back for updates.