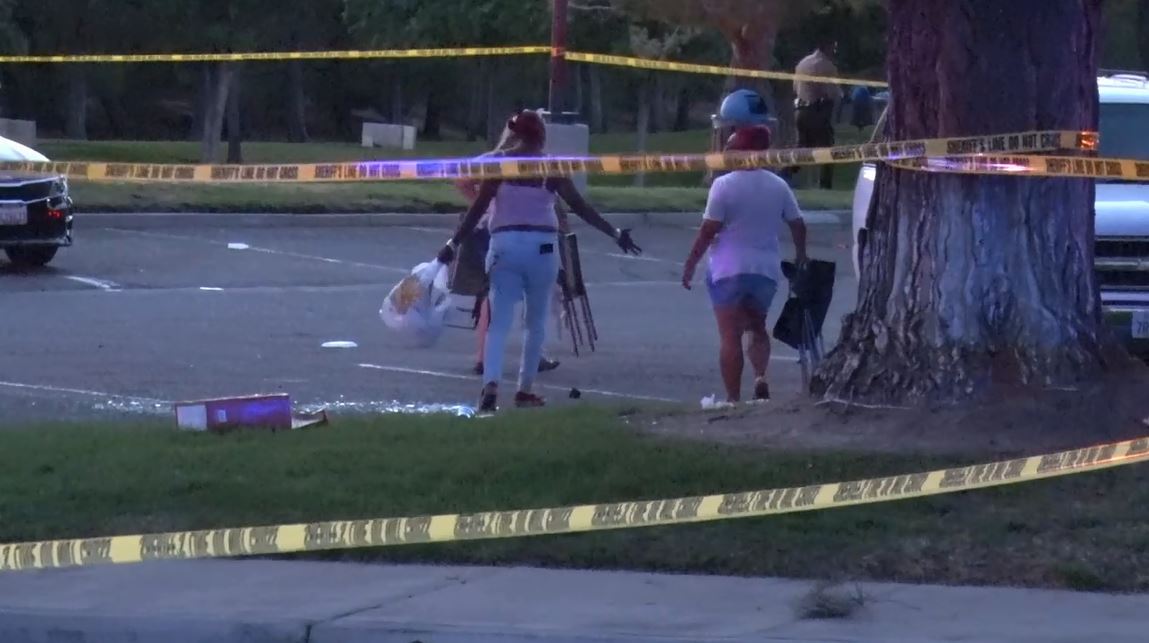 VICTORVILLE, Calif. (VVNG.com) — Authorities are investigating an alleged shoot out between gang members at a busy Victorville park here Sunday.

At about 7:47 pm, police were dispatched to Doris Davies Park (formerly known as Pebble Beach Park) in the 16300 block of Pebble Beach Drive reference multiple reports of shots heard.

According to several witnesses, multiple fireworks were set-off and seconds later a barrage of gunshots could be heard causing people to flee in many directions including hiding in the front yards of nearby homes.

Deputies arrived on scene and taped-off a large perimeter around the parking lot of the park, leaving many stranded and unable to leave. Everyone was eventually allowed to leave with their vehicles after speaking with deputies.

Sheriff’s spokeswoman Jodi Miller told Victor Valley News, no victims or suspects were found to be at the park. “There were multiple reports of shots heard, there are nearby residences. The call is still active,” stated Miller.

In another unrelated shooting in May of 2016, Timothy Spells-Taylor was at the picnic benches at Dories Davis Park when he was shot in his upper torso and was pronounced deceased at the scene. No suspect or motive for the shooting were ever announced. The San Bernardino County Sheriff’s Homicide Investigators are continuing to handle the investigation into his murder.