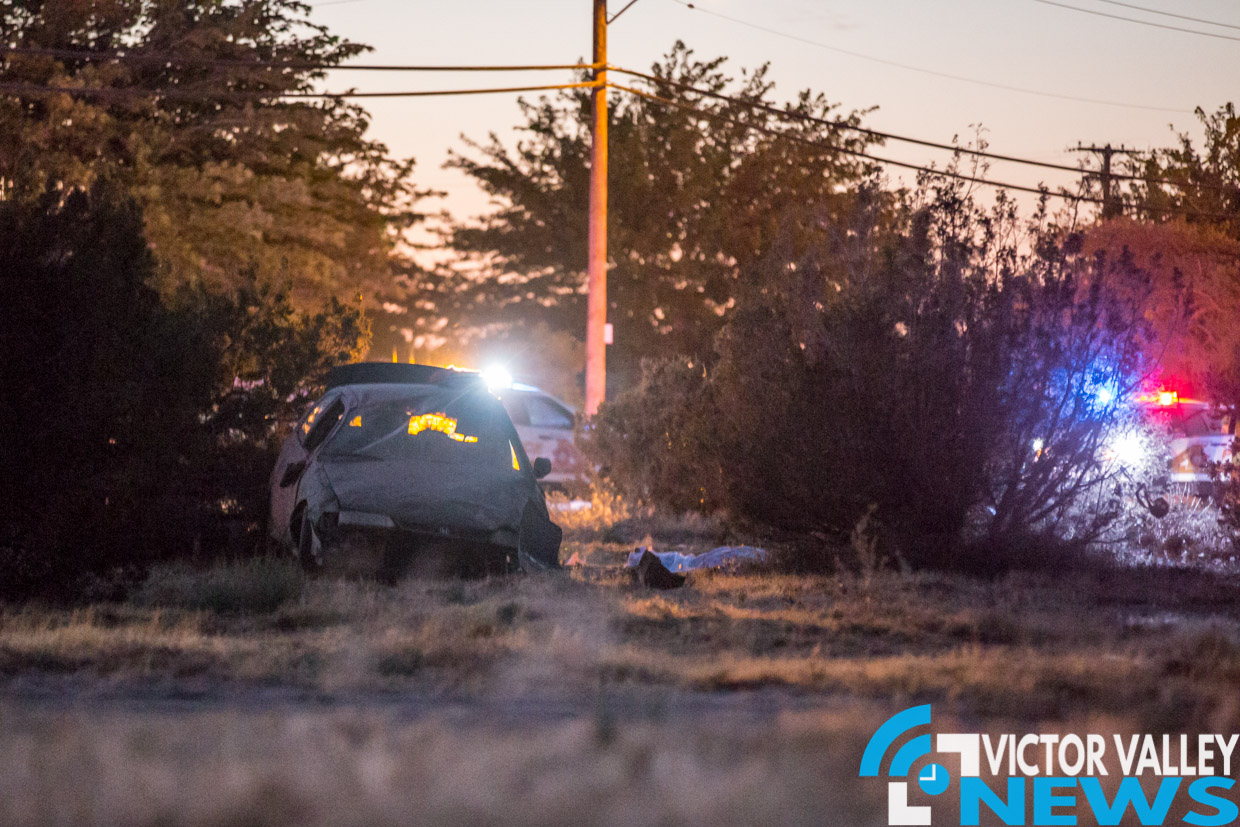 The accident was reported at approximately 8:00 p.m. on Third Avenue just north of Sultana Street, in front of the Mesa Grande Elementary School.

When firefighters from the San Bernardino County Fire Department and AMR arrived on scene and they pronounced the driver of an older Honda deceased.

Authorities were searching the area for a white sedan, possibly a Toyota Corolla, that may have been involved in the crash.

Third Avenue is closed between Sultana Street and Olive Street while the Major Accident Investigation determine the cause of the crash.