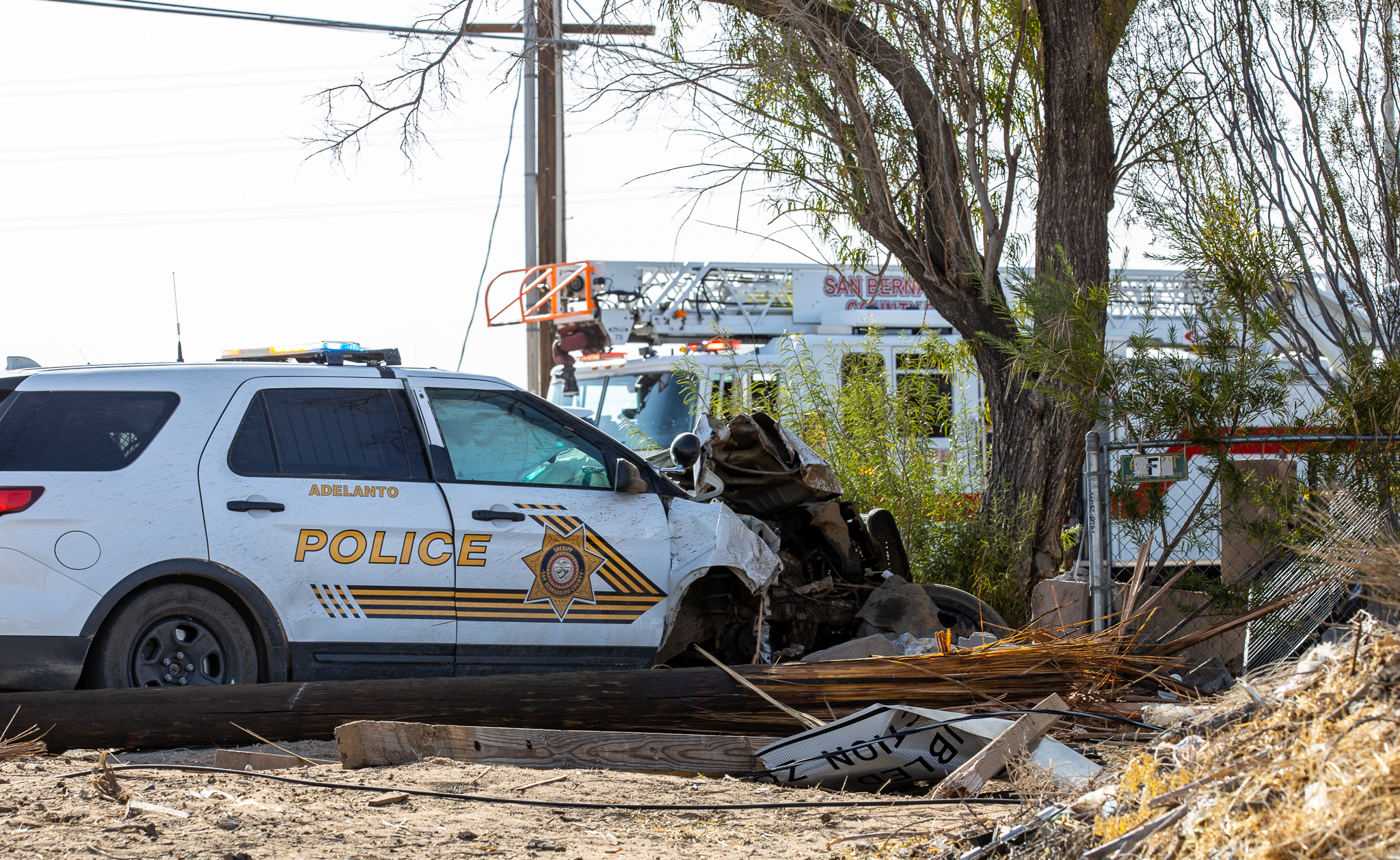 ADELANTO, Calif. (VVNG.com) — Two sheriff’s deputies from the Victor Valley Sheriff’s Station were transported to a local hospital after they were involved in a traffic collision during a pursuit Sunday afternoon.

Sheriffs spokeswoman Jodi Miller said deputies from the Victor Valley Sheriff’s Station were conducting a traffic stop on a vehicle with an expired registration.

The driver failed to yield when the deputy attempted a traffic stop and the pursuit ensued.

The pursuit continued eastbound on Chamberlaine Way and that’s where for reasons still unknown, a sheriff’s patrol vehicle that was occupied by two deputies crashed into a utility pole.

The crash caused the pole to completely shear at the base and knocked power lines down.

Both deputies were up and walking around after the crash. Miller said were transported to a local hospital with minor injuries.

The pursuit came to an end near Hardy Street when the suspect’s vehicle drove through a vacant desert lot and crashed into the backyard of homes on Bellflower Street.

Miller said the driver of the vehicle fled on foor and had not been arrested as of Monday afternoon.

Anyone with information is asked to call the Adelanto Police Department at 760-552-6800.