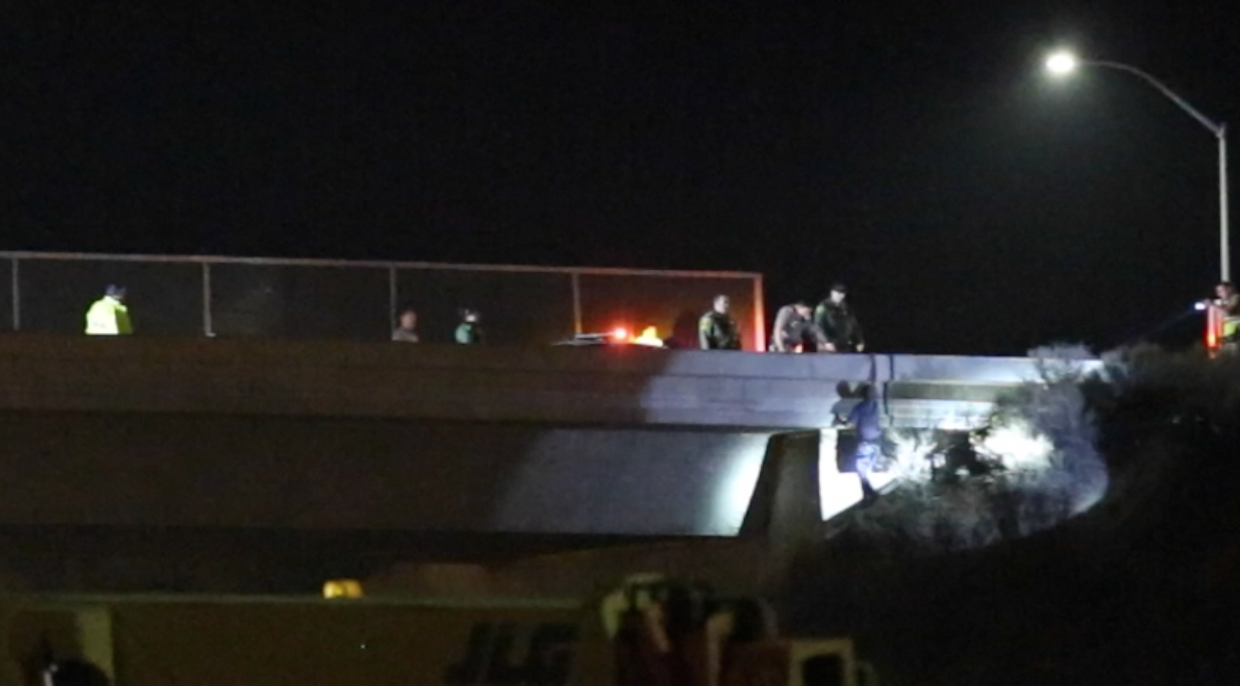 (VVNG.com)- At approximately 9:30 p.m. on Wednesday, October 15th a male was reported by a driver on the I15 to be sitting on the Oak Hill overpass with his legs hanging off toward the freeway. The reporting party was concerned that the person sitting on the overpass may have been in some type of distress and possibly planning to jump.

Sheriff’s and the California Highway Patrol responded to the scene to find the male who they confirmed was in distress. Dispatch called for a traffic break on the 15 freeway by Oak Hill South. The deputies spoke to the male, eventually convincing him to safely get off the bridge. The male was taken by San Bernardino County Sheriff’s to a mental health facility for an evaluation and/or treatment.

The freeway was back open to traffic following the man being detained just before 11:00 p.m.