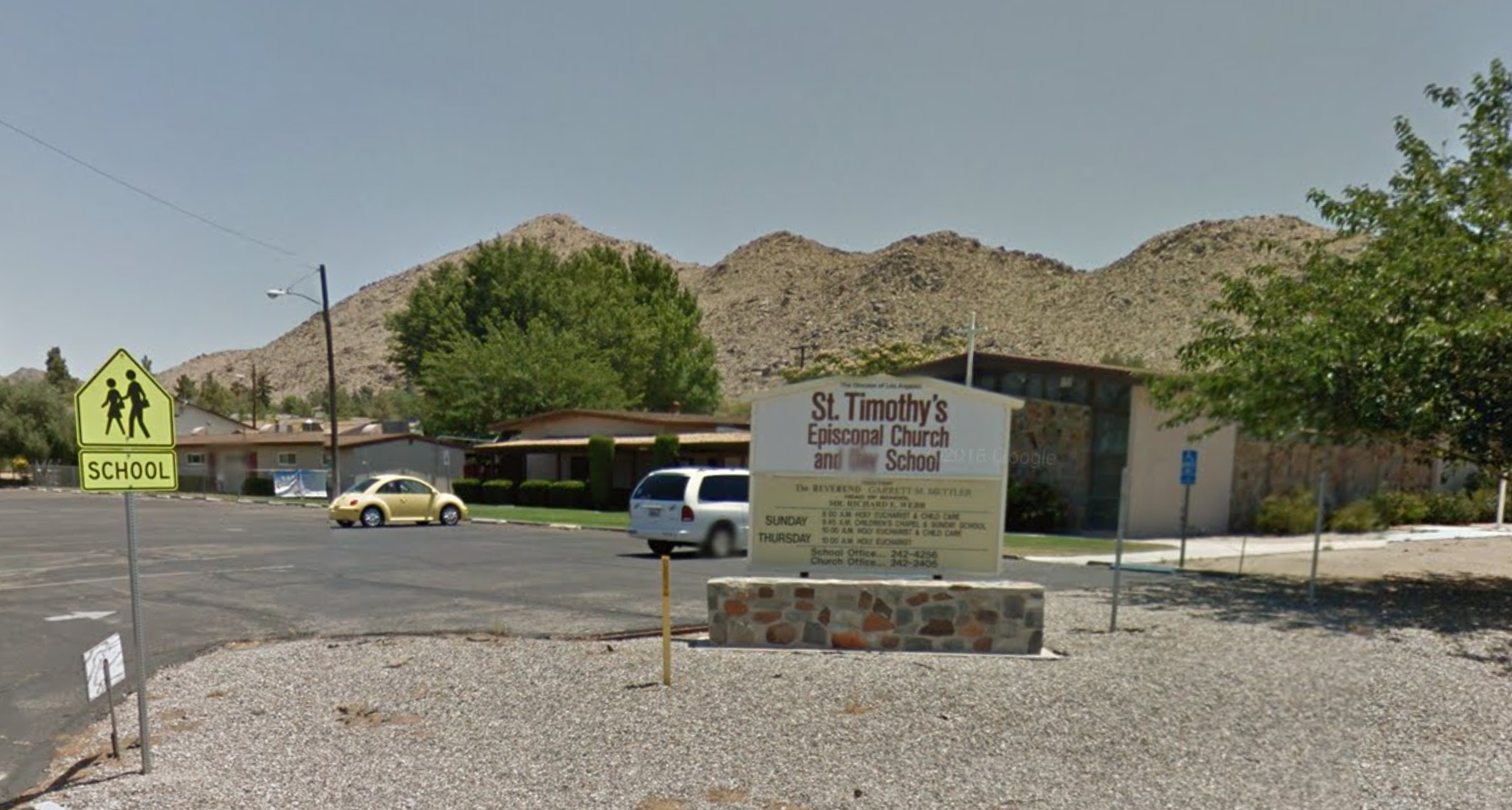 According to a sheriff’s news release, the male was behaving strangely and attempting to contact students at Timothy’s Preparatory School and Christian Academy. The suspect had an unknown ”shiny” object in his hand and was carrying a backpack.

Officials said Parker was detained without incident and was found to possess two very large knives and a quantity of suspected methamphetamine.

Sergeant Evans with the Apple Valley Police Department noted the school staff did an excellent job ensuring the safety of the students while relaying important information about the suspect.

“Although Parker had entered school property and parking lots, he was never allowed to enter the secure areas where the children play and learn,” stated Evans.

Joseph Parker was arrested for possession of methamphetamine and possession of weapons at a school. He was booked at the High Desert Detention Center.