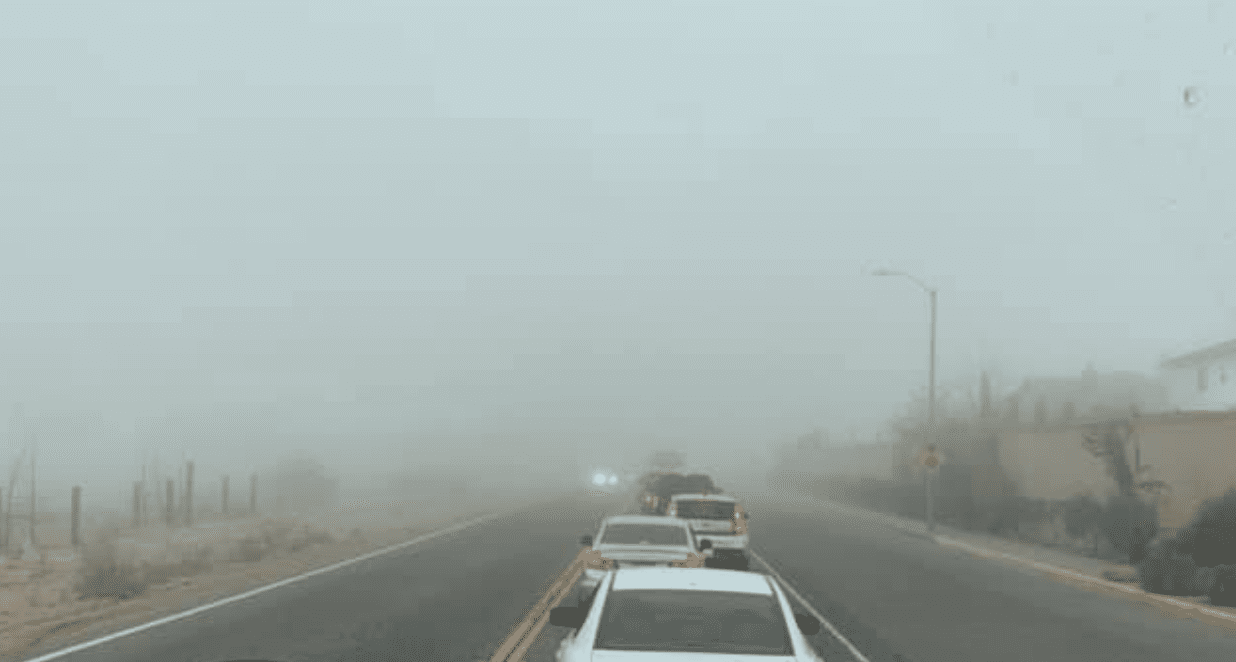 VICTORVILLE, Calif. (VVNG.com) — A layer of dense fog blanketing portions of the Victor Valley is hindering the Friday morning commute.

Residents from Victorville, Apple Valley, Adelanto, and Hesperia have all reported fog this morning.

Motorists traveling along the I-15 freeway will encounter dense fog from about Ranchero Road to the top of the pass before it clears up near Highway 138. Thick fog also reported by motorists traveling from Phelan towards the I-15.

First responders have responded to a couple of minor injury traffic accidents, however, it’s unknown if they were caused by weather.

At 7:40 am, Apple Valley Fire Department responded to a traffic collision at Bear Valley Road and Deep Creek Road. A white sedan in the left turning lane had moderate front-end damage. The crash reduced westbound lanes to one lane.

3 Tips for Driving in Fog

According to the National Weather Service, a storm system will result in light precipitation across the area Friday night through Sunday night. Snow levels will run 9000-9500 feet Saturday, lowering to 7000 feet by late Sunday. The mountains are expected to see the highest rainfall amounts.

Check out some member submitted photos of today’s fog.

Add your photo from today’s fog in the comment section below.