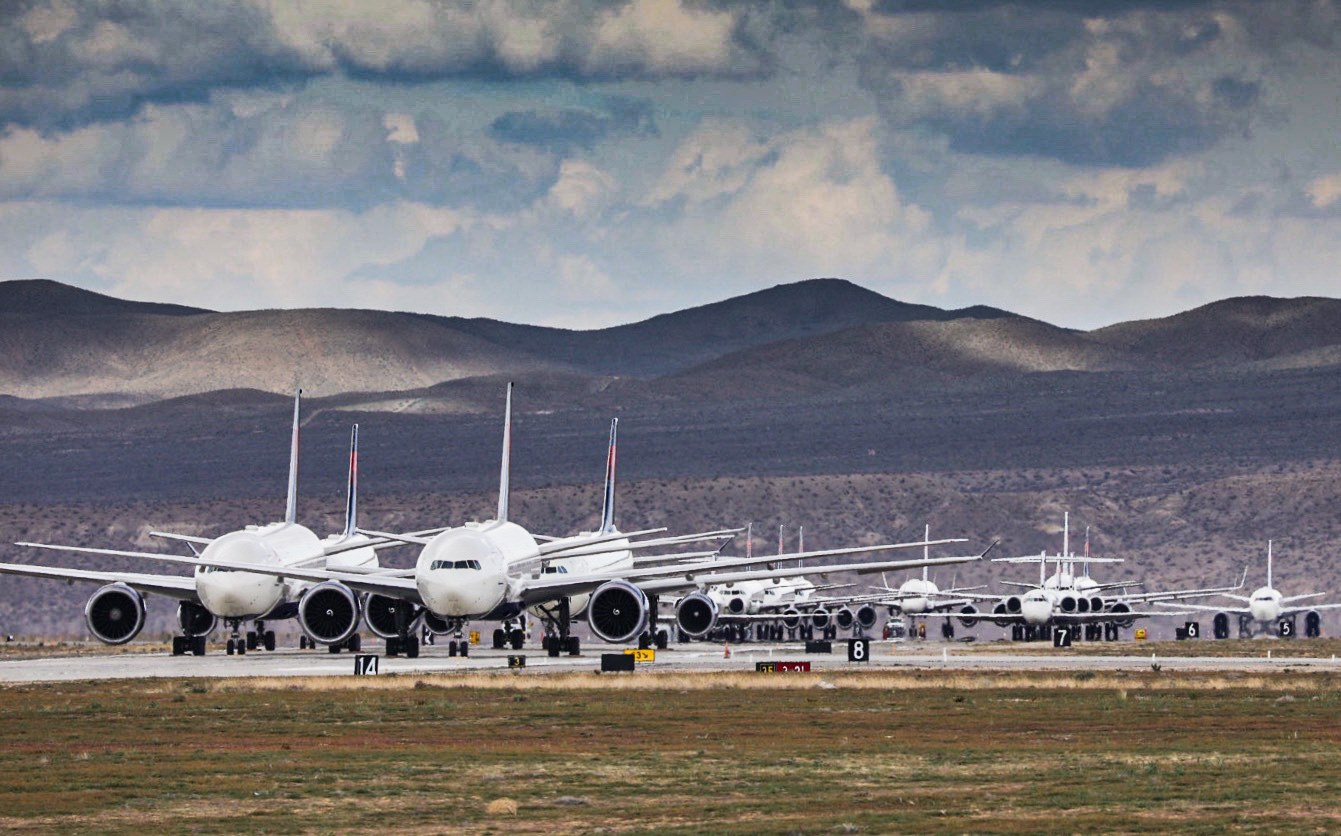 VICTORVILLE, Calif. (VVNG.com) — The first wave of airplanes has arrived at Southern California Logistics Airport (SCLA) in Victorville where they will remain parked amidst the COVID-19 worldwide pandemic.

As the coronavirus crisis continues to grow, the world continues to come to a halt with people in quarantine and travel restrictions. Many airlines are selecting locations to park a majority of their fleet as they wait and see what will happen next.

Amongst the first to arrive and park on the short runway at SCLA in Victorville were jets from Southwest and Delta Airlines.

Earlier this week, Delta announced 600 of its aircraft would be parked as the company faced reduced demand across the globe. Also closed ​were a majority of the Delta Sky Clubs until demand recovers.

“Following the national emergency that was declared by President Trump, demand for travel has dropped significantly. Revenue for the month of March is now expected to decline by almost $2 billion over last year, with April projected to fall even more,” stated company officials.

Delta said its international operations will take the largest reduction, with over 80 percent of flying reduced over the next two to three months.

Driver found dead inside SUV by off-roaders near Adelanto