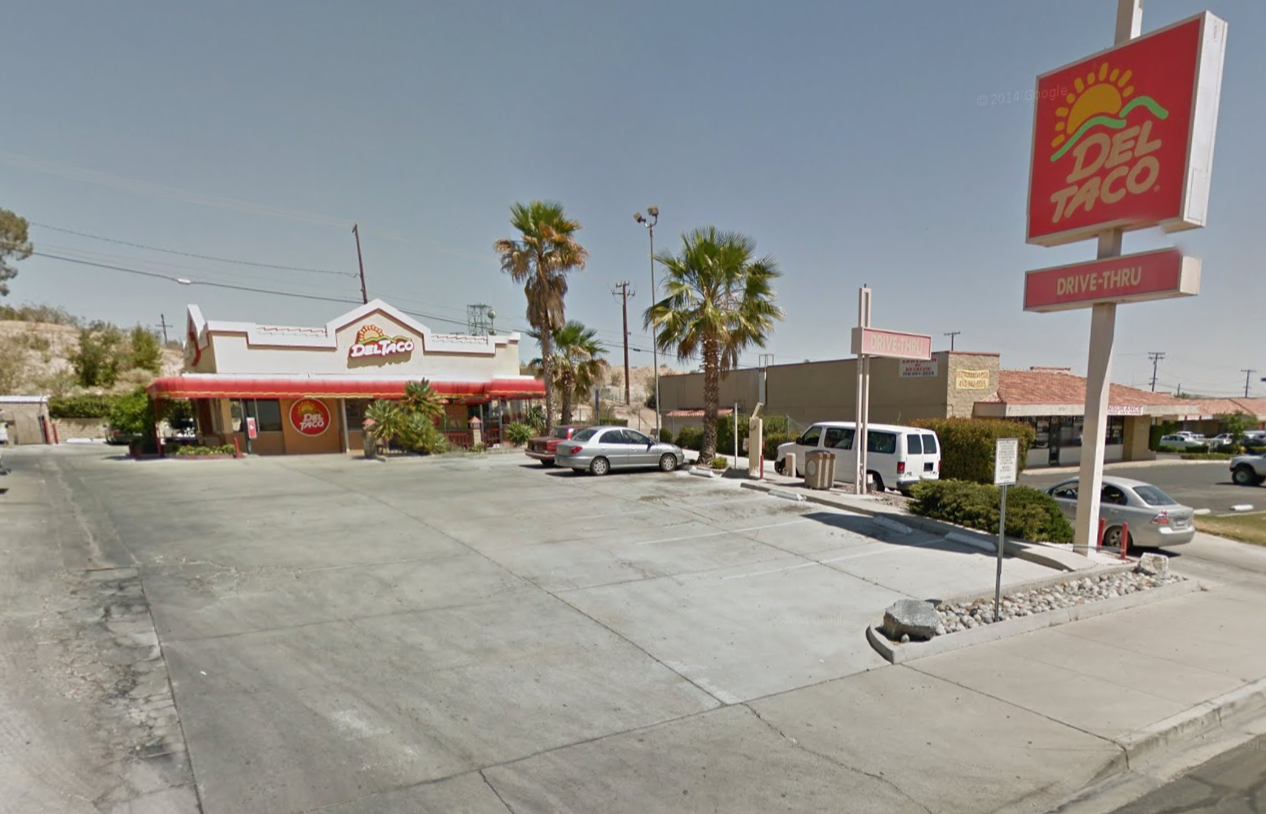 Officers responded to a Del Taco restaurant, located at 15070 7th Street in Victorville, just before 9:30 p.m.

According to scanner traffic an armed male suspect, carrying a small black handgun, entered the restaurant and demanded money from the cash register. The unidentified male suspect was described as a black male, with a slim build, approximately 5’8″ and wearing a black hoodie with light blue jeans.

The suspect ran from the store with an undisclosed amount of cash from the register.

No employees or customers were injured during the robbery.

Anyone with information is urged to contact Victorville police at (760)241-2911.