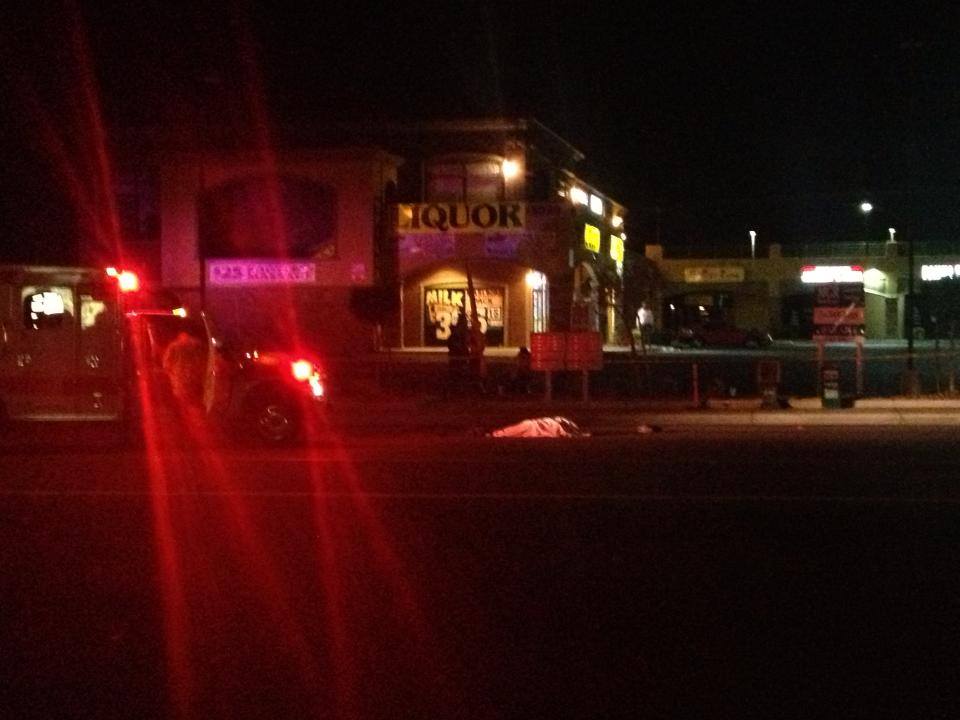 On October 14, 2013, at 6:56 p.m., a pedestrian was struck and killed by a vehicle traveling on Bear Valley Road Monday evening in Victorville.

Patrick Nieto Jojola, an 82 year old resident of Hesperia was identified as the victim in yesterdays accident who had been crossing Bear Valley road on foot, when he was struck by a 1999 Mitsubishi that was traveling eastbound on Bear Valley Road. Paramedics responded and pronounced him dead at the scene. 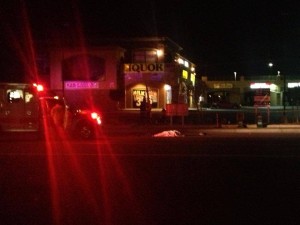 According to a bystander on scene, the pedestrian was attempting to run across all lanes of traffic and was only feet away from their destination, which was the local convenient store located on the corner of Ninth Ave and Bear Valley Rd, according to a witness by the name of Corey.

The driver of the Mitsubishi immediately called 911 and waited for officials to arrive. The female driver and her 11 year-old occupant were in a state of shock and disbelief after accidentally striking the victim. “We are all shook up. And of course we would help any way we can.. We are all kind hearted people that just can’t imagine it being us behind that wheel,” stated Slyver Winchester, daughter of the driver, “I feel for my mom. I just want to hold her… poor thing. And my nephew being 11 and witnessing it all, aswell! Poor thing he cried as soon as he hugged me (stayed strong the whole time) until he hugged me and balled his eyes out. Then he threw up everywhere.. it’s been such a long night. Keep us in your prayers and keep the family of the deceased in your prayers as well! It’s a tragic thing on both sides.”

All east bound lanes between 9th and 11th were closed for several hours.

To follow this story and more join our local news group with over 21,000 memberswww.facebook.com/groups/victorvalleynews