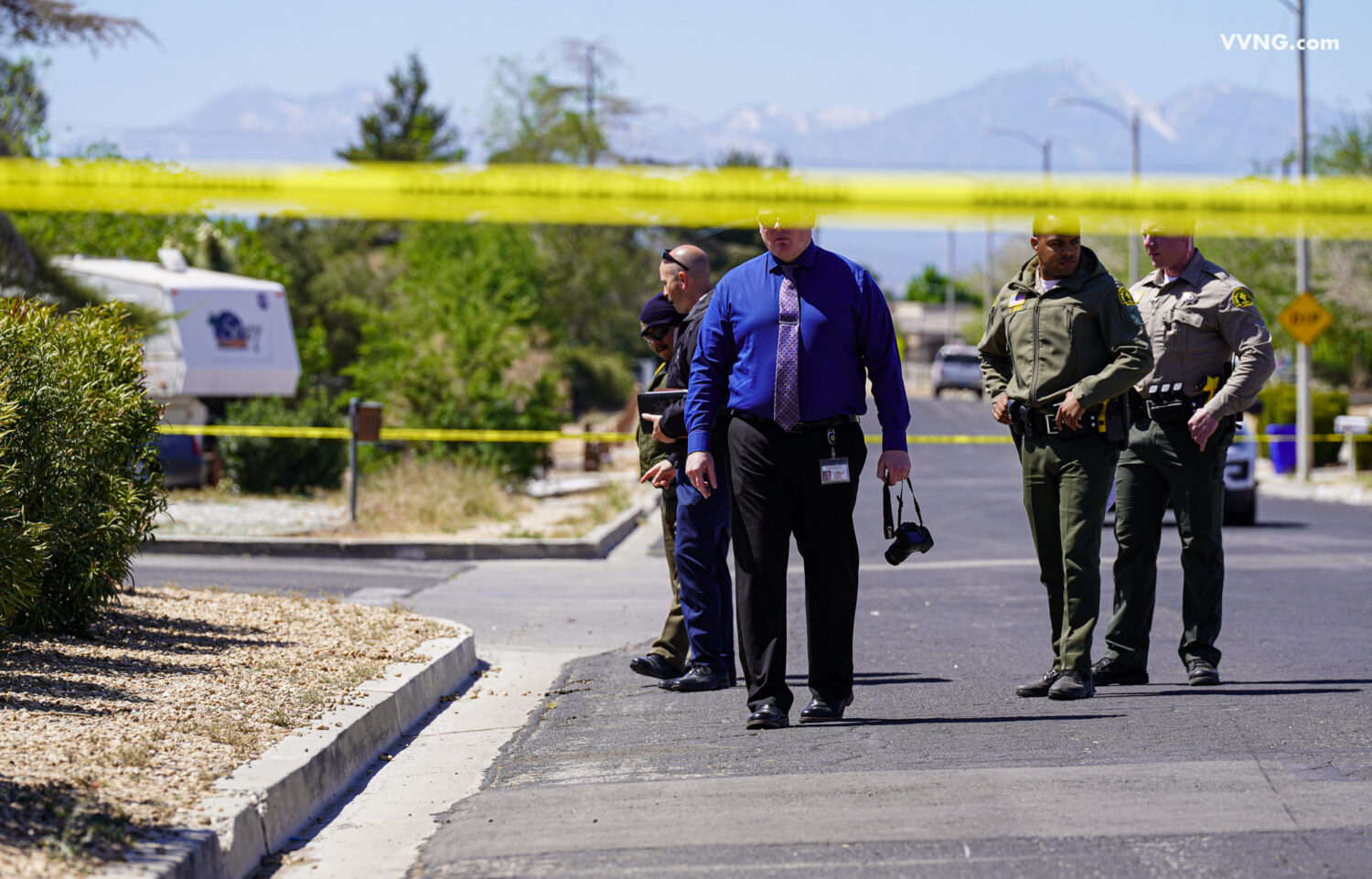 VICTORVILLE, Calif. (VVNG.com) — Authorities conducted a death investigation after a deceased man was found in the front yard of a Victorville neighborhood.

At about 9:12 am, on April 13, 2022, deputies from the Victorville Police Department along with Victorville City Fire and AMR responded to the 16200 block of Villa Drive in Victorville reference a man down.

Upon arrival, they located the male behind large bushes of a duplex at the corner of Villa and Mesa Drive and pronounced him deceased at the scene. The area was blocked off with crime scene tape.

According to a nearby resident named Laura Chanel, she stumbled across the body and called 911 after finding the male with his pants off and his boxers around his knees.

“At this point, it is a death investigation. The deceased subject is a male but I don’t have any other information just yet,” stated the spokeswoman.

The identity of the deceased male will be released pending notification of next of kin. This is a developing story and additional details will be updated as it becomes available.

Anyone with information about this case should call the Victorville Police Department at 760-241-2911.