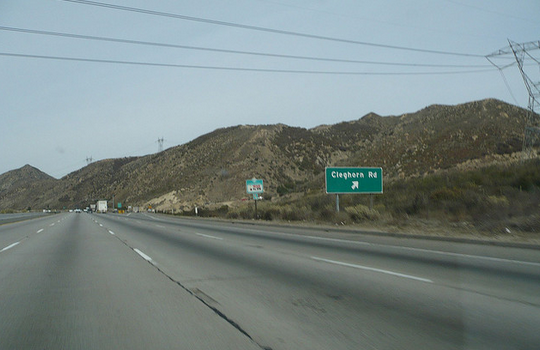 CAJON PASS – (VVNG.com)- At approximately 9:08 p.m. on Thursday, October 23rd, a report was made by a driver that called from his vehicle that was disabled on the right side of the 15 freeway northbound just south of Cleghorn Road. The vehicle had stopped due to hitting some debris between the #1 (fast lane) and #2 lanes of the freeway which caused two flat tires and damaged rims.

The reporting party had also reported that several other vehicles were also on the right side of the freeway also with flat tires caused by the debris. Multiple reports followed, reporting dozens of vehicles pulled to the right side of the freeway, in the center divider and at a gas station located on SR-138 with flat tires. The debris was per CHP logs, described to be between the #1 and #2 lanes of traffic and one of the reporting parties believed the debris consisted of cement.

A construction inspector was sent to the scene to inspect and clear the debris. At 9:22 p.m. all lanes were clear of debris and open to traffic.