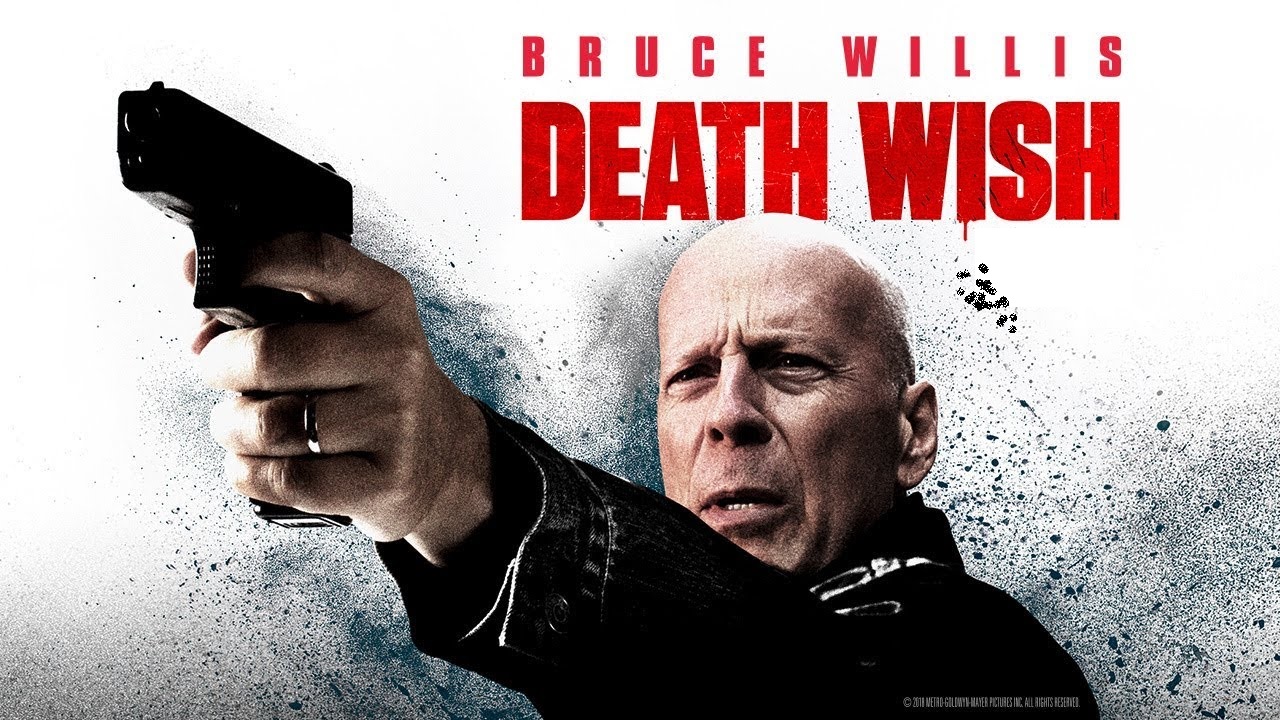 VVNG – Bruce Willis is back in action and he is Yippee-ki-yay-ing a bunch of bad guys all over this half-thiller, half-loony, revenge flick. In this remake of the old Charles Bronson film with the same name, Dr. Kersey (Willis) is a doctor who becomes a vigilante after his wife and daughter are attacked in their home. Since the cops aren’t much help, he takes matters into his own hands and goes on a rampage through the city, popping caps into any criminal he sees engaging in criminal activity. Even though the flick eventually turns into a gory comedy, you should be prepared to cheer for Willis as he violently turns into the savior his city desperately needs.

I give Death Wish, the “Checky™ Sticker of Tolerance!” The first half of this flick is more similar to the original. It is intense, raw, and a lot more grounded than the second half. The second half is basically an action-comedy. I did not mind this and actually enjoyed that the film is different from the original, and that they did not include a particularly horrible thing that happens to Dr. Kersey’s daughter. Bruce Willis is still a good action star, he is just slower and always looks and talks like he just woke up from a nap. He also acts the same no matter if he is mad or happy or sad, but at least he seems to be having a lot of fun in the film.

You can definitely wait until this movie comes out on Redbox, but it is certainly worth checking out at least once. Just be prepared to feel anxious during the intense parts, roll your eyes at the silliness, wince at the goriness, and mentally high-five Willis whenever he takes out a delinquent low-life punk.

What did you think of Death Wish? Do you agree or disagree with me? Which flick are you checking out this week? Let me know in the comments below. Have a great day at the movies and don’t forget to save me some popcorn.

Official Synopsis: Dr. Paul Kersey is a surgeon who often sees the consequences of the city’s violence in the emergency room. When home intruders brutally attack his wife and young daughter, Kersey becomes obsessed with delivering vigilante justice to the perpetrators. As the anonymous slayings grab the media’s attention, the public begins to wonder if the deadly avenger is a guardian angel — or the Grim Reaper itself.