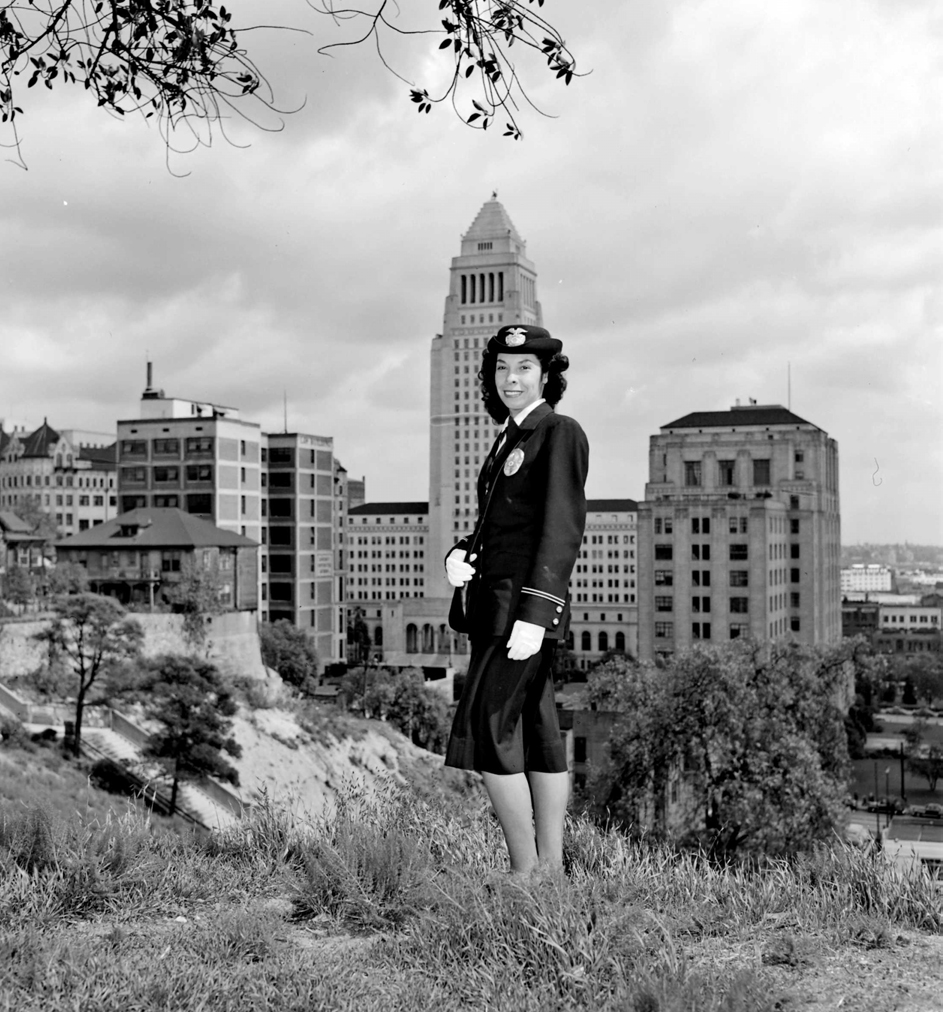 Prior to joining LAPD, like many World War II era women, Josephine Serrano, as she was known at the time, was part of the country’s war efforts and worked for the Lockheed Corporation to help produce the P-38 Ventura fighter plane. After the war, she was forced to relinquish her job to returning servicemen.

On the advice of a friend, against her cultural traditions and family wishes, Josephine applied for one of the Department’s early groups of police women recruits. Out of 200 applicants, she was one of only nine to be hired and became a full-fledged LAPD officer on Oct. 1, 1946, at the age of 24. Though she faced many challenges because of her gender, ethnicity and prevailing cultural issues within the Department, Josephine worked many assignments, including foot beats, vice, bunco, juvenile and the Lincoln Heights Jail. Her divisions included Hollenbeck and Central.

While serving in the Department, Josephine became Josephine Serrano Collier when she married fellow Officer Darwin “Jack” Collier. She raised three children: Suzanne, John Lee and David Scott and retired on Oct. 24, 1960 due to a back injury. After retirement, she worked briefly as a counselor for the L.A. Job Corp. When her husband retired, the couple moved to Idaho and took up cattle raising along the Snake River. Later, Josephine settled in Tucson, Ariz., where she passed away Feb. 25, 2014.

Chief Charlie Beck extends a heartfelt “thank you” to the Serrano Collier families for allowing Josephine to be part of the LAPD. “In great sadness but with the utmost gratitude, our Department thanks Josephine for her sacrifices and for breaking the lines that divided women from many assignments in the early history of LAPD,” said Chief Beck. “Those sacrifices and her commitment opened the door for many women and Latinas in the Department, setting the stage for future generations.”

“The path for my success and other women of the LAPD is paved with the courage of Josephine Serrano and others like her,” said Assistant Chief Sandy Jo MacArthur, Office of Administrative Services. “This Department will be forever grateful.”

The Los Angeles Police Department extends our deepest sympathy to the friends and family of Josephine Serrano Collier and thanks her for dedication, service and commitment to our great Department.