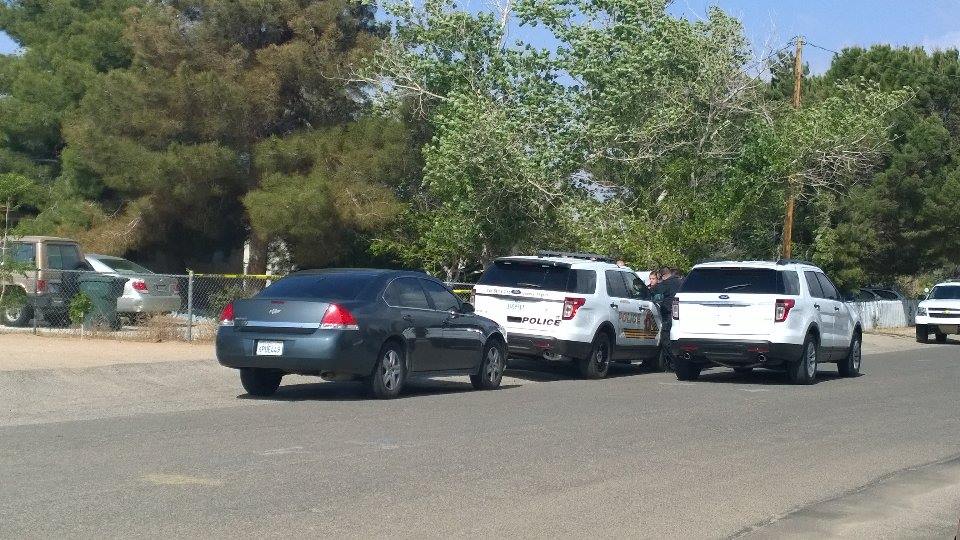 HESPERIA:(VVNG.com)- A death investigation began Thursday afternoon inside a Hesperia home but not many details have been released.

Police officers and detectives were called to a home on the 15000 block of Ash Street near Cottonwood Avenue on Thursday at approximately 2:00 P.M.

Per scanner traffic, a man called dispatch and stated he walked into his home after getting off work. He reported finding blood everywhere and a woman laying on the floor inside the home.

According to public information officer, Karen Hunt, Homicide was brought in to determine if anything was suspicious in nature.

At this time, police have only confirmed that someone is deceased inside the residence. The cause and manner of death, or whether the death is suspicious, have not been released. The deceased is reported to be an elderly female.

The victim’s identity is not being released yet pending the San Bernardino County Coroner’s Office investigation and notification of next of kin.

We will continue to follow this developing story and we will provide the latest information as it becomes available.

Anyone having information should contact the Sheriff’s Homicide Division at 909-387-3589.