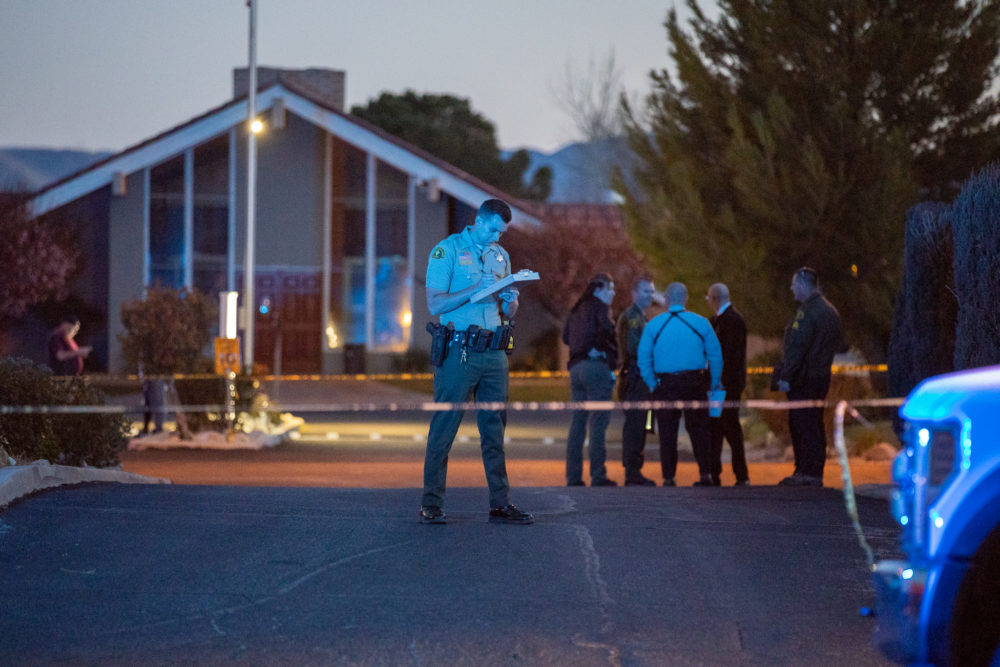 UPDATE @ 9:00 PM — The spokeswoman confirmed the decedent is an infant (two-month-old girl). There is no additional information available for release at this time.

Details into the incident remain scarce, however, sheriff’s spokeswoman Cindy Bachman confirmed deputies are conducting a death investigation but had no further details to release.

A portion of the parking lot near the main entrance and a corner unit is blocked off with crime scene tape. Nearly half a dozen detectives and a Scientific Investigations (CSI) truck are at the scene investigating.

A resident in the park who asked to remain anonymous said a female in handcuffs was placed in the back of a patrol vehicle.