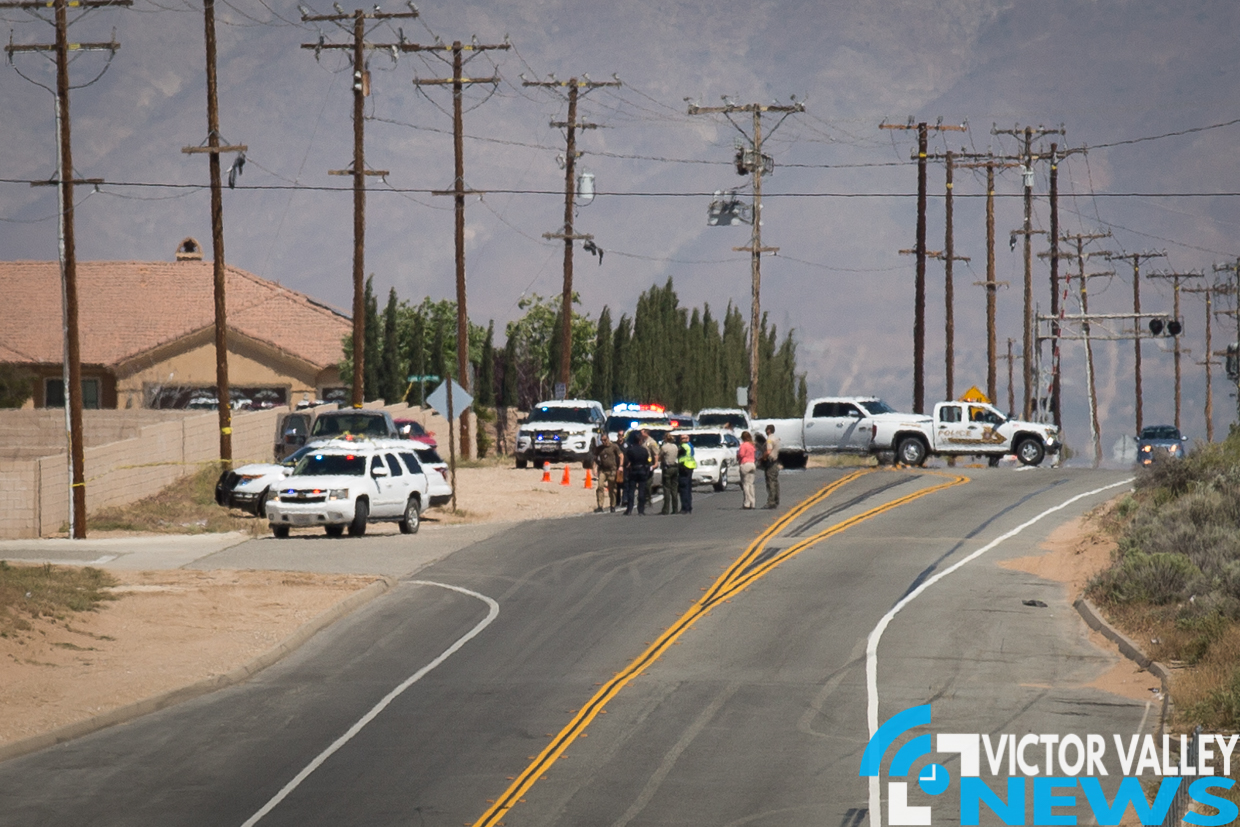 HESPERIA, Calif. (VVNG.com) A death investigation was launched after a man was found shot dead alongside a truck Thursday afternoon.

At around 1:40 p.m. Deputies from the Hesperia Station were dispatched to Ranchero Road and Royal View Lane where they located a deceased male.

The man was lying near a gold truck with a shotgun nearby on along a busy roadway.

Ranchero Road was temporarily closed between Cataba Road and Mariposa while authorities processed the scene.