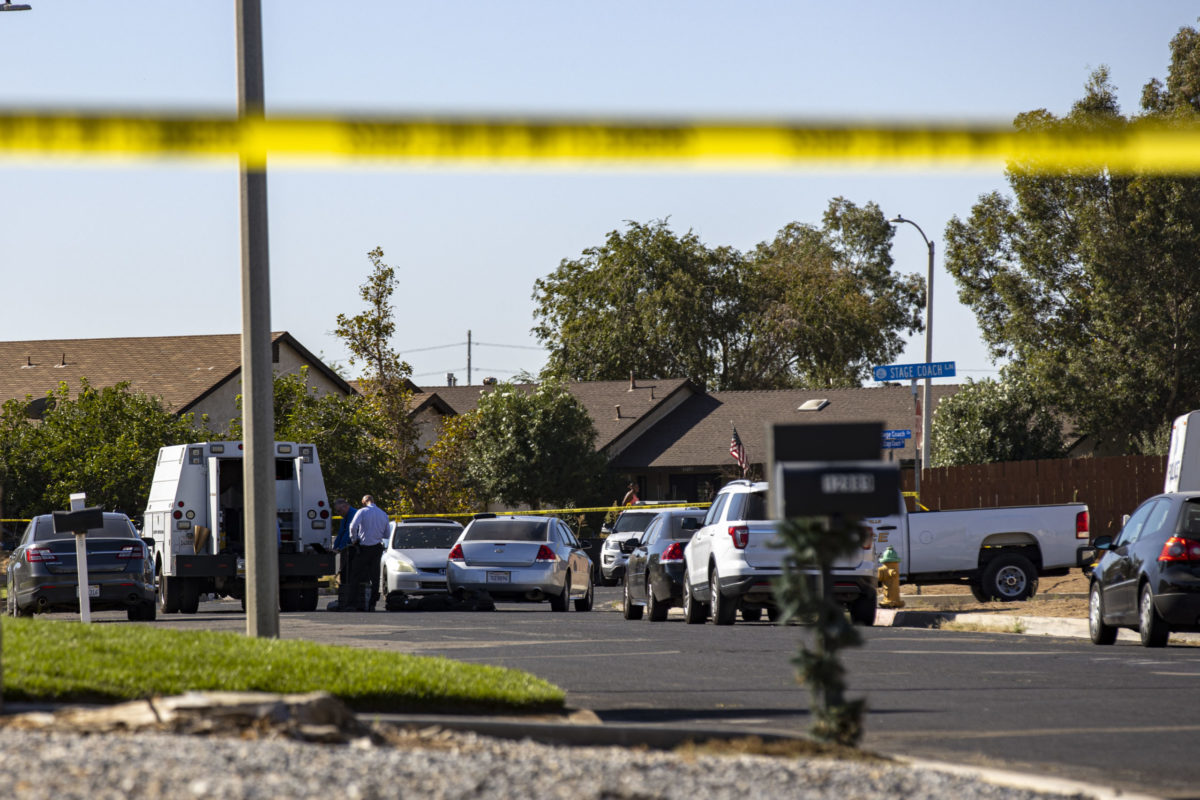 VICTORVILLE, Calif. (VVNG.com) — An 18-year-old was shot and killed during an officer involved shooting Monday night in Victorville.

On September 28, 2020 at 11:18 p.m. deputies conducted a traffic enforcement stop on a four-door silver sedan in the area of Luna Road and Pacific Terrace, officials said.

According to a sheriff’s news release, the driver failed to yield, and a pursuit ensued.

“As the driver reached Stage Coach Drive, the vehicle became disabled and all five occupants exited the vehicle as it was still moving. One of the occupants, a Hispanic male, was armed with a handgun and a deputy involved shooting occurred,” stated the release.

Many residents from the nearby neighborhoods were already in bed when they were awakened after hearing between 5-8 gunshots.

The male was pronounced deceased at the scene in the 12600 block of Stage Coach Drive in Victorville. His identity is currently being withheld pending notification of next of kin.

Detectives with the Specialized Investigations Division responded to conduct the investigation.

“Detectives are processing all evidence at the scene and have recovered a 9mm handgun,” stated the release.

The four subjects in the vehicle, described by witnesses as teens were interviewed and released, officials said.

Witnesses said a helicopter landed at the scene and airlifted a deputy. Officials confirmed a deputy suffered an injury to his hand during the incident but did not say how.

Officials said no additional information is available for release at this time.

The investigation is ongoing and anyone with information, or anyone who witnessed the incident, is asked to contact Detective Scott Abernathy, Specialized Investigations Division – Homicide Detail at (909)387-3589.