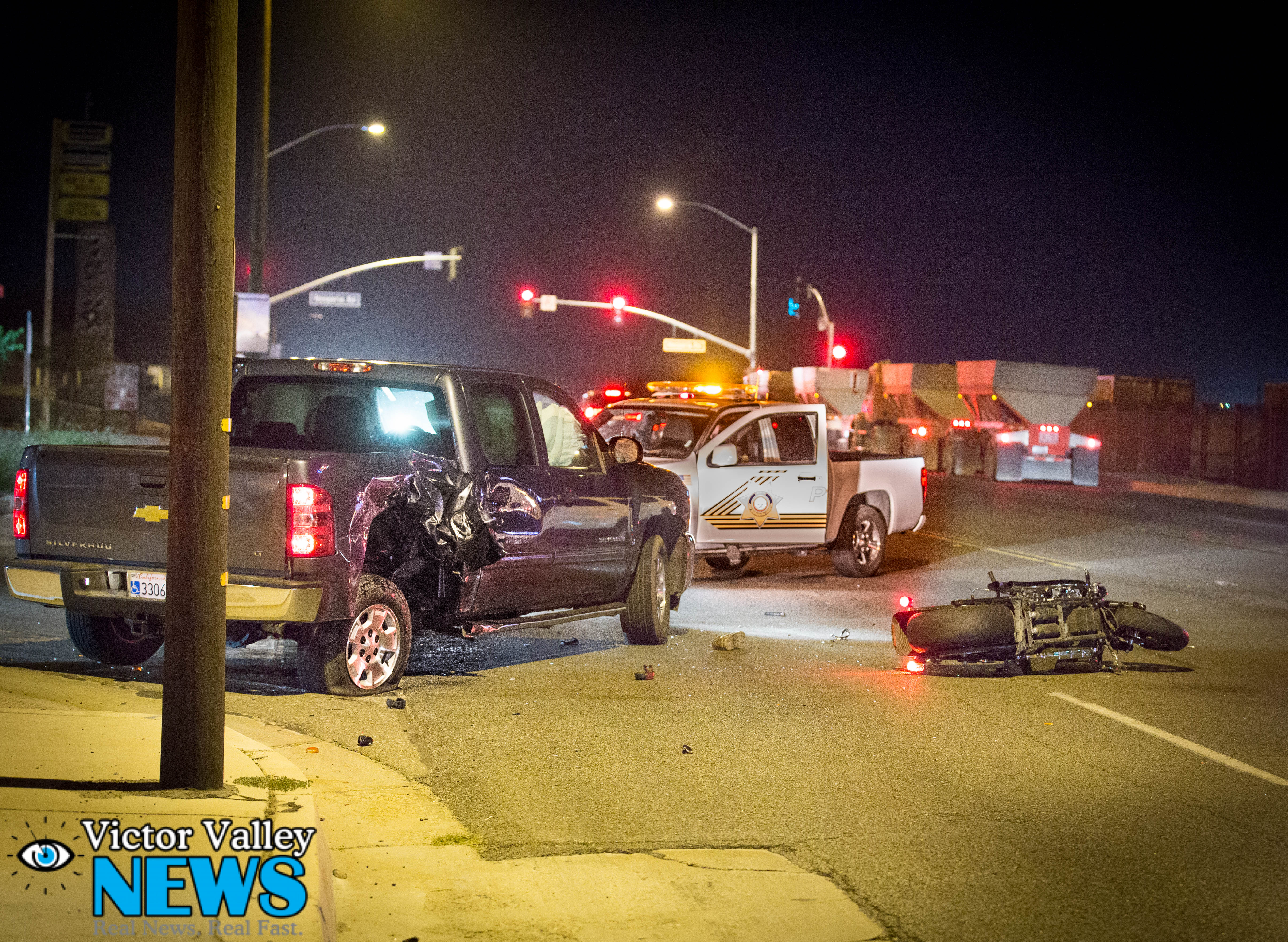 VICTORVILLE:(VVNG.com)- Police are currently working the scene of a fatal motorcycle collision that occurred on N. D Street and 10th Street in the city of Victorville. Sheriffs dispatch received a call at approximately 7:40 p.m., on Wednesday reporting the accident.

According to several witnesses the motorcyclist described as a 53-Year-Old Male of Apple Valley (Name Being Witheld) was at the stoplight of Hesperia Road and D Street waiting to travel east bound. When the light turned green the motorcycle rider reportedly accelerated at a high rate of speed. A Chevy Silverado pick up truck was traveling from the west bound direction attempting to make a left turn onto south bound 10th Street. The motorcycle collided with the passenger side of the pickup truck causing the rider to be thrown from the motorcycle.

The fatally injured rider was transported to Victor Valley Global Medical Center and pronounced deceased a short time later. An airship was requested but later canceled.

The male driver of the Silverado identified as Roderick Gonzales, A 66-Year-Old Male of Adelanto remained on scene and cooperated with authorities. A second person believed to have been a passenger in the pick up truck was transported by ground ambulance to a local hospital with unknown injuries.

The portion of the roadway will be closed for several hours while the Major Accident Investigation Team processes the scene for evidence. Traffic is being detoured between Hesperia Road and 11th Street and down C street.

At this time the exact cause of the accident is under investigation and no information on the motorcyclist was available.

This is an ongoing investigation and anyone with information about the collision is requested to contact Sheriff Service Specialist D. Whitson or Sergeant D. Burgess at 760-241-2911.