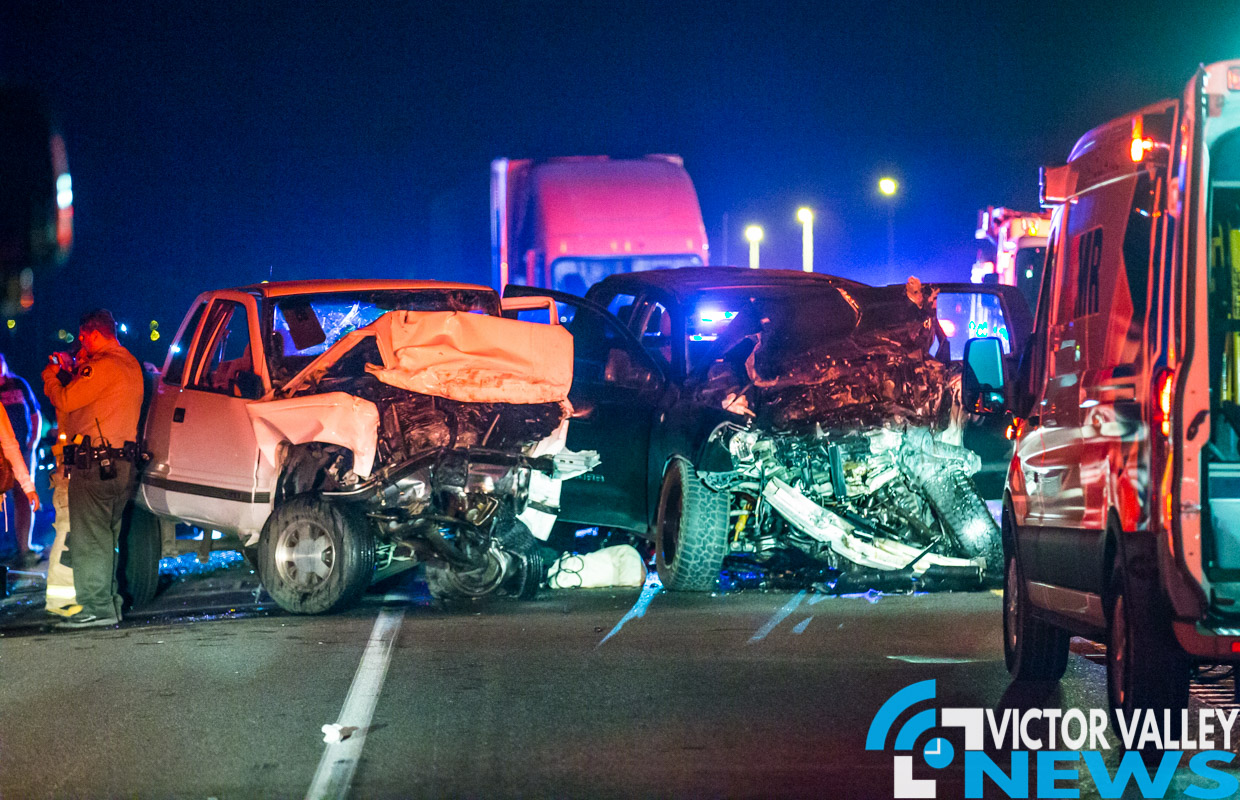 The accident occurred at 10:56 pm on Highway 395 just south of Rancho Road, and involved a white pickup truck and a black pickup truck hauling a boat.

For reasons still under investigation, the trucks collided head-on, killing the sole occupant of the white pickup truck on impact, said Deputy Holland of the Victor Valley Sheriff’s Station.

The black pickup truck was occupied by five people. Three of them were airlifted and one was transported by ground ambulance, all were taken to various trauma centers. The fifth person was not injured.

Traffic on Highway 395 is closed between Rancho and Adelanto Roads while authorities investigate the cause of the accident.

“The highway will be closed until the early morning,” Victor Valley Sheriff’s Station Corporal Browne said.