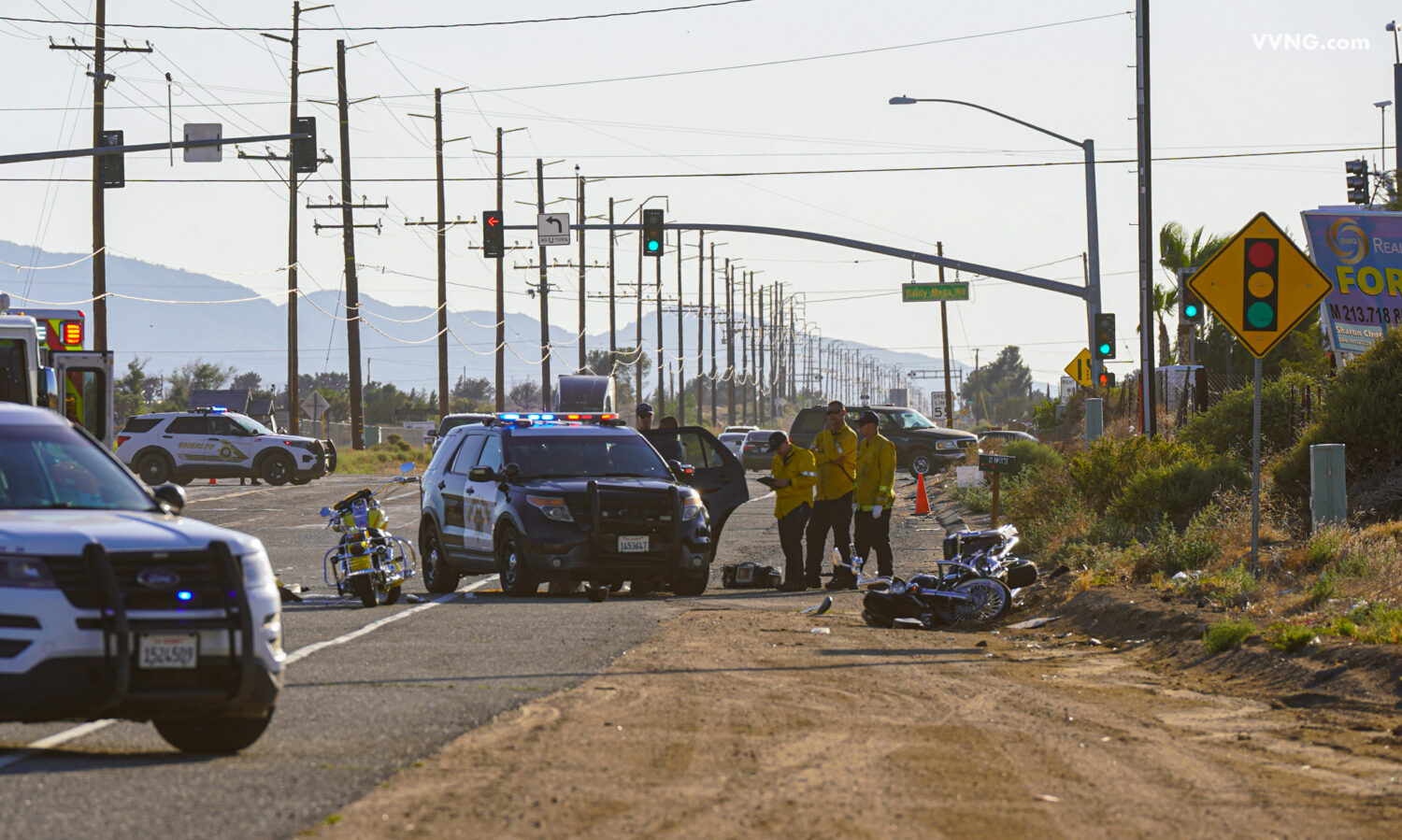 According to witnesses, a man and woman were out riding on two separate motorcycles when the accident happened. Bystanders were performing chest compressions on the male rider and the wife was screaming ‘let me have my husband’.

Firefighters arrived and pronounced the rider deceased at the scene. The identity will be released by the San Bernardino County Coroner’s Office.

Authorities placed a closure on both directions of Phelan Road between Baldy Mesa and Barada Road for several hours. The California Highway Patrol is in handling the investigation into the crash.

Victorville man, 24, arrested for possession and distribution of child pornography