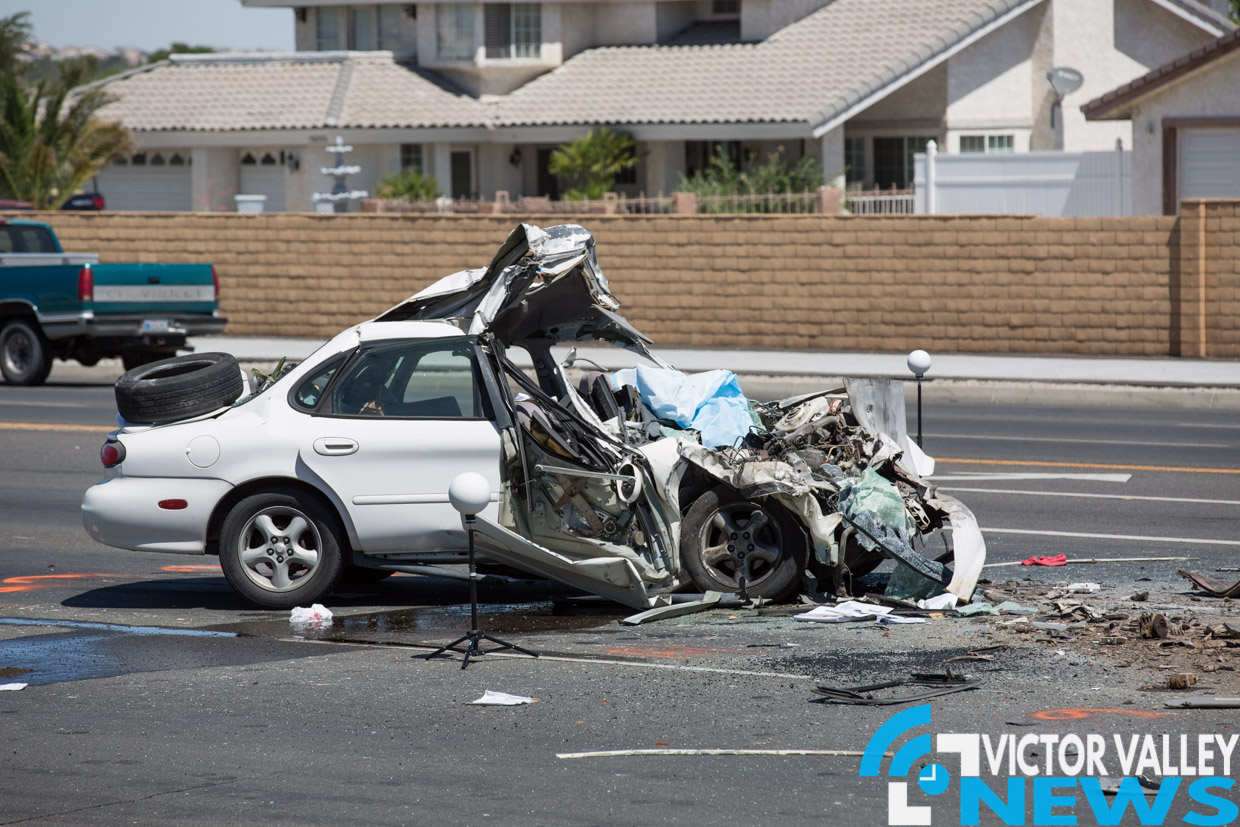 Just before 5:00 am, deputies from the Apple Valley Sheriff’s Department responded to a vehicle versus a big rig traffic collision and located the crash blocking eastbound lanes of traffic.

For unknown reasons, a white sedan was determined to have crashed into the back of the 18-wheeler trapping the driver of the car.

Sheriff’s officials at the scene confirmed there were no marks on the street indicating the car attempted to brake.

The driver of the big rig was transported as a precaution to a local hospital and later released, officials confirmed.

The roadway is expected to re-open around 12:30 pm.

The identification of the deceased male adult, who is believed to in his mid-thirties, is being withheld pending notification of next of kin.