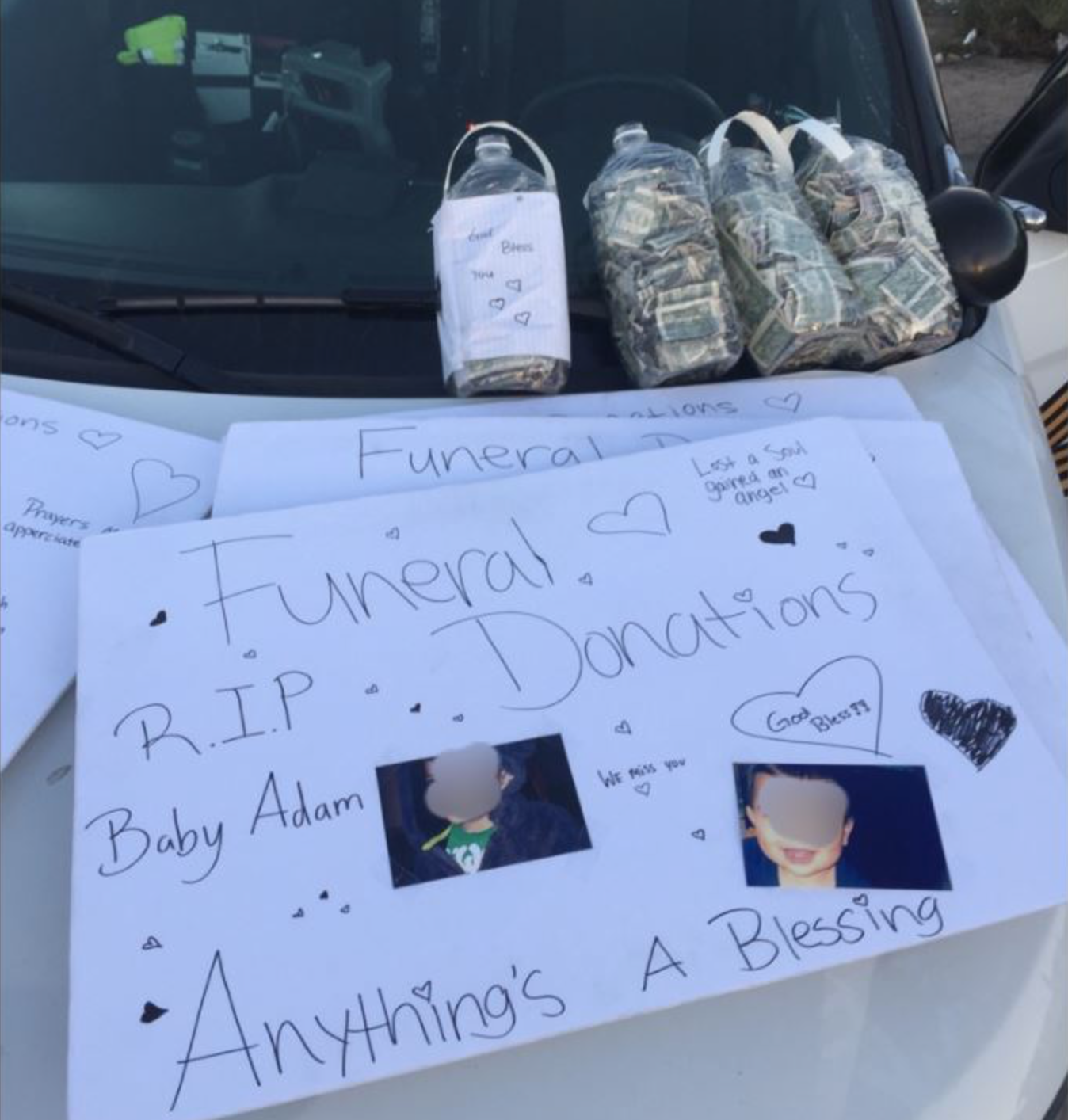 VICTORVILLE, Calif. (news release) An 18-year-old Fontana resident and three juveniles were busted by a Victorville deputy for scamming motorists for money and claiming it was for a child’s funeral, officials said.

On Wednesday November 22, 2017, Deputy Jeff Dean, from the Victorville police Department, responded to the area of Bear Valley Road and Mariposa Road for reports of several juveniles running into traffic lanes to collect money from motorists.

Upon arrival, Deputy Dean detained four subjects who each had plastic jars full of cash and coins. Along with the cash, each juvenile had a large white sign with a photo of an unidentified infant. The signs indicated the money being collected was to fund a funeral for the infant. After contacting the San Bernardino County Coroner’s Office and further investigation, it was determined the information on the signs was false.