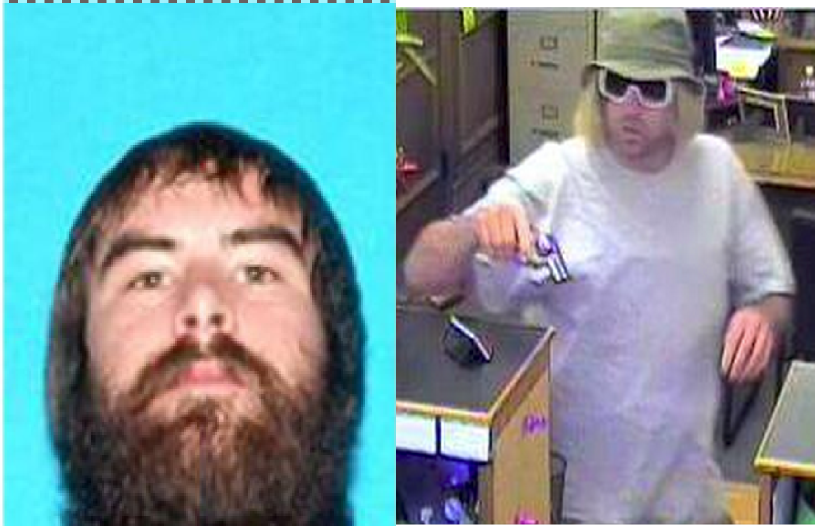 WRIGHTWOOD (VVNG.com)- According to a press release, that was released on May 30th, at 8:00 p.m.the suspect of the DCB Bank in Wrightwood has been caught and arrested. Detective William Badger has worked tirelessly since the May 27th DCB Robbery in order to identify suspect.

On the morning of Friday, May 30th, a $5000,000.00 arrest warrant was obtained for Nolan Curtis. At approximately 3:30p.m. on Friday, May 30th, deputies received a call that the suspect was attempting to break into a home in the 600 block of Mountain View Avenue in Wrightwood.

According to reports, Deputy Nick Paslak was first on the scene arriving within 2 minutes of the call. Upon arrival he tried to stop Curtis’s vehicle. Curtis stopped the vehicle, got out and ran from the vehicle throwing money out onto the ground. Curtis was caught and arrested without incident after a short foot pursuit.

Press release states that the money was confirmed to be the currency stolen from the DCB bank robbery. Nolan Curtis was booked at the High Desert Detention Center for Bank Robbery. He is also being held on a $200,000.00 warrant out of the City of Rialto for transportation of narcotics for sales.

Anyone with information regarding this investigation is urged to contact Detective William Badger at (760) 552-6800.  Callers wishing to remain anonymous are urged to call the We-tip Hotline at 1-800-78-CRIME (27463) or you may leave information on the We-Tip Hotline atwww.wetip.com.