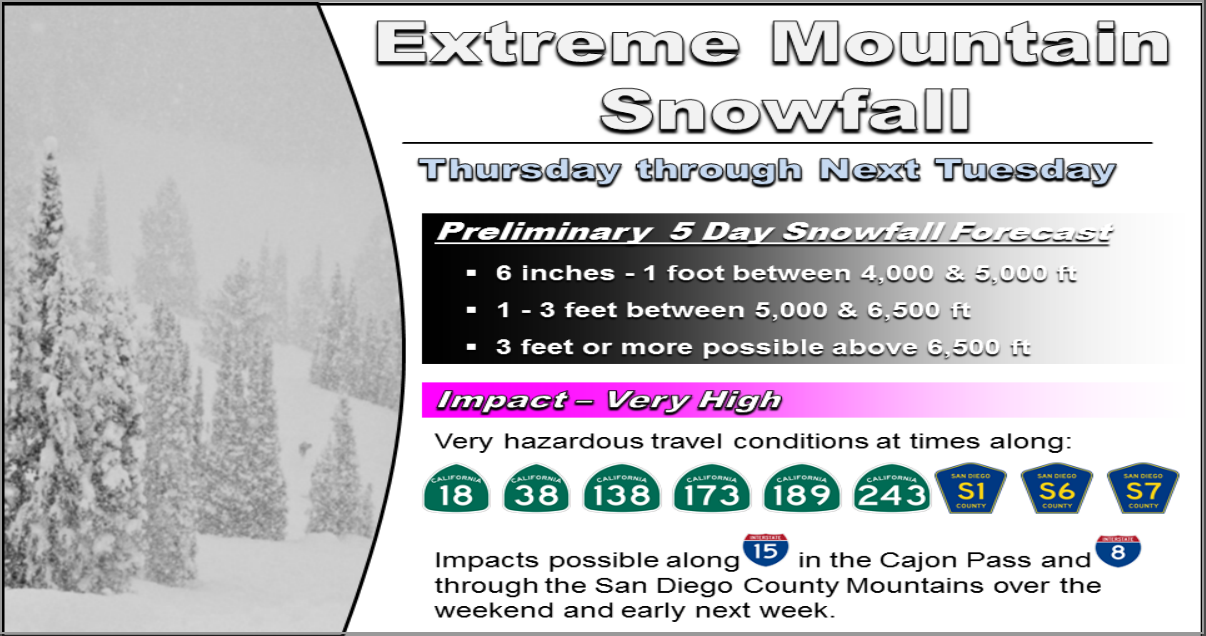 (VVNG.com)- A total of four storms are expected to move through the region late Wednesday through early next Tuesday, according to the San Diego National Weather Service.

A jet stream over the Pacific remains strong and continuing to direct storms into Southern California. According to an advisory by the NWS, residents are urged to make preparations as the forecast confidence in a significant event is high.

“Five-day snowfall for many locations (especially the San Bernardino and Riverside County Mountains) will likely be measured in feet,” stated the NWS advisory.

The first storm is anticipated to arrive late Wednesday night and expected to bring widespread precipitation early Thursday before things taper off in the late afternoon.

The NWS says, “there is lower confidence on the timing of the third storm which would arrive during the day Saturday.”

The strongest of the series of storms will arrive late in the weekend with precipitation possibly continuing into early Thursday.

Potentially damaging winds are predicted late Friday through Saturday. Strongest winds in the mountains and deserts with gusts of 70+ mph possible. Winds this strong happen on average once every 1-2 years, according to the NWS.