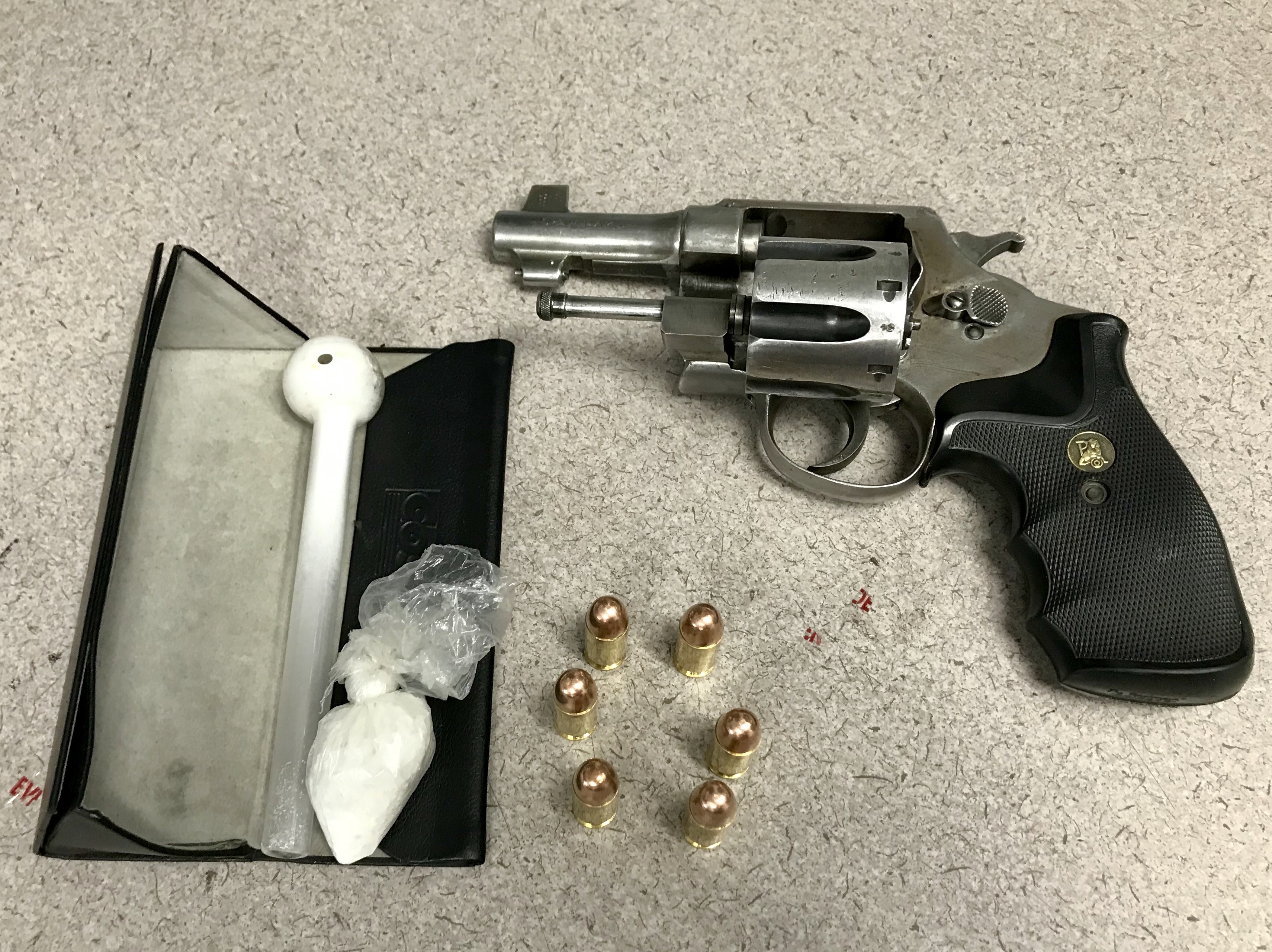 VICTORVILLE, Calif. (VVNG.com) — Police arrested Gerardo Mora, 33, of Victorville after police say he handed a loaded handgun to his 11-year-old daughter in an attempt to hide it from deputies during a traffic stop, officials said.

According to a sheriff’s news release, “as deputies approached the vehicle, they observed the driver, Gerardo Mora, reaching toward the rear passenger compartment. After having Mora exit the vehicle deputies learned he had narcotics on him and had handed a loaded firearm to his 11-year old daughter, in the back seat of the vehicle, instructing her to hide it. Deputies recovered the loaded handgun, which was found to be stolen, and approximately 15 grams of suspected methamphetamine.”

Mora, a convicted felon, was arrested and booked at High Desert Detention Center for possession of a controlled substance while armed, carrying a stolen loaded firearm, child cruelty, and felon in possession of a firearm. He is scheduled to appear in Victorville Superior Court on July 12, 2019.

Anyone with information about this investigation is asked to contact Deputy R. Polar or Deputy N. Collas at the Victorville Police Department at (760) 241-2911 or Sheriff’s Dispatch at (760) 956-5001.