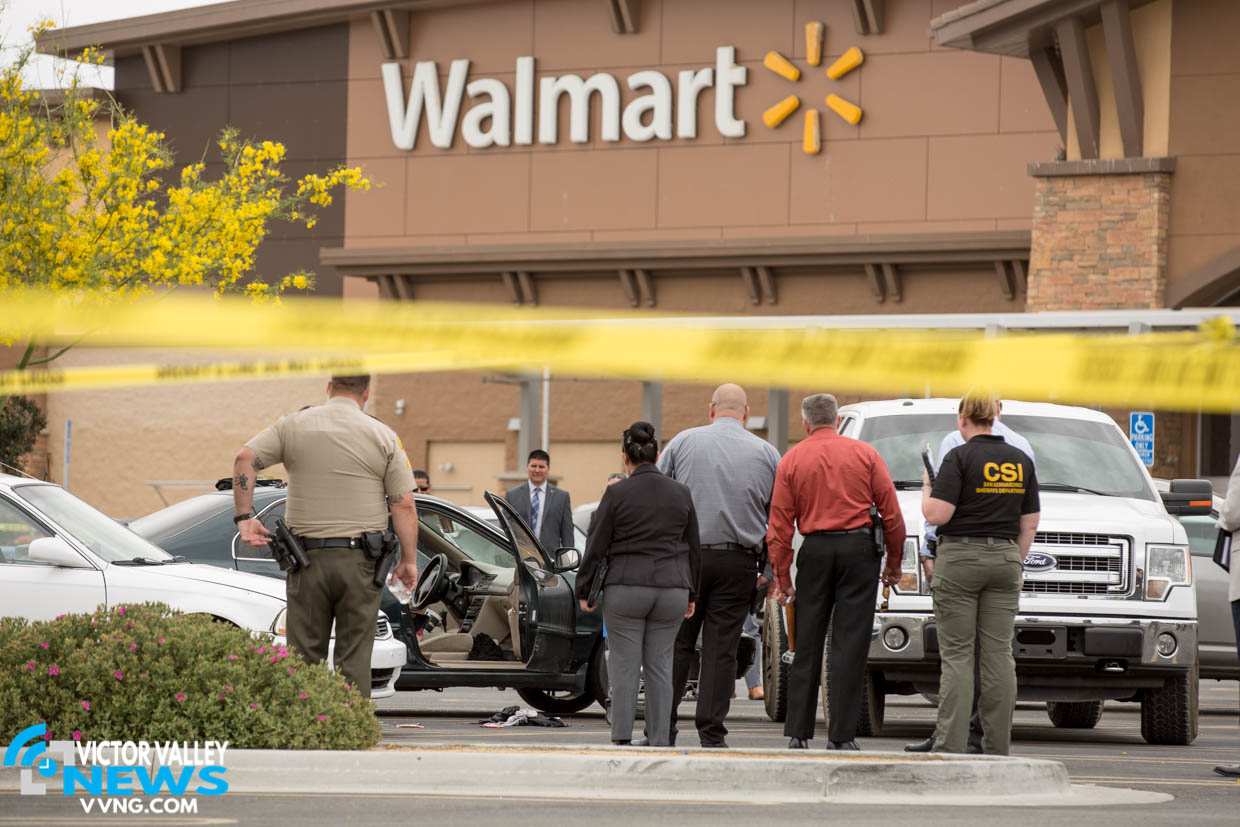 HESPERIA, Calif. (VVNG.com) — Two officers will not face charges in the fatal 2017 shooting of a man who the authorities said rapidly backed his car toward an officer in a Walmart parking lot in Hesperia.

The shooting happened back on Wednesday, May 31, 2017, at approximately 7:00 a.m. when two officers assigned to the San Bernardino County Auto Theft Task Force (SANCATT) were investigating a stolen vehicle and observed a crime occurring in the parking lot, sheriff’s officials said.

Three suspects, later identified as James Gleason, Alexander Herd, 32, and Austin Banuelos, 23, all residents of Phelan were observed attempting to steal a vehicle.

According to a sheriff’s news release, the officers approached the suspect vehicle, which was later determined to be stolen out of Victorville and used their unmarked vehicles to block in the suspects and prevent them from driving away.

“The suspect driver accelerated, nearly striking one of the officers and an officer-involved shooting occurred. The vehicle then crashed into one of the unmarked vehicles,” Sheriff’s officials said.

The front-seat passenger, was also struck by gunfire. He was later booked for burglary. Banuelos was not injured and was arrested for receiving stolen property.

“Based on the facts presented in the reports and the applicable law, the use of deadly force by all involved officers was a proper exercise of their rights of self defense and defense of others and therefore their actions were legally justified,” said the DA’s office in a news release.