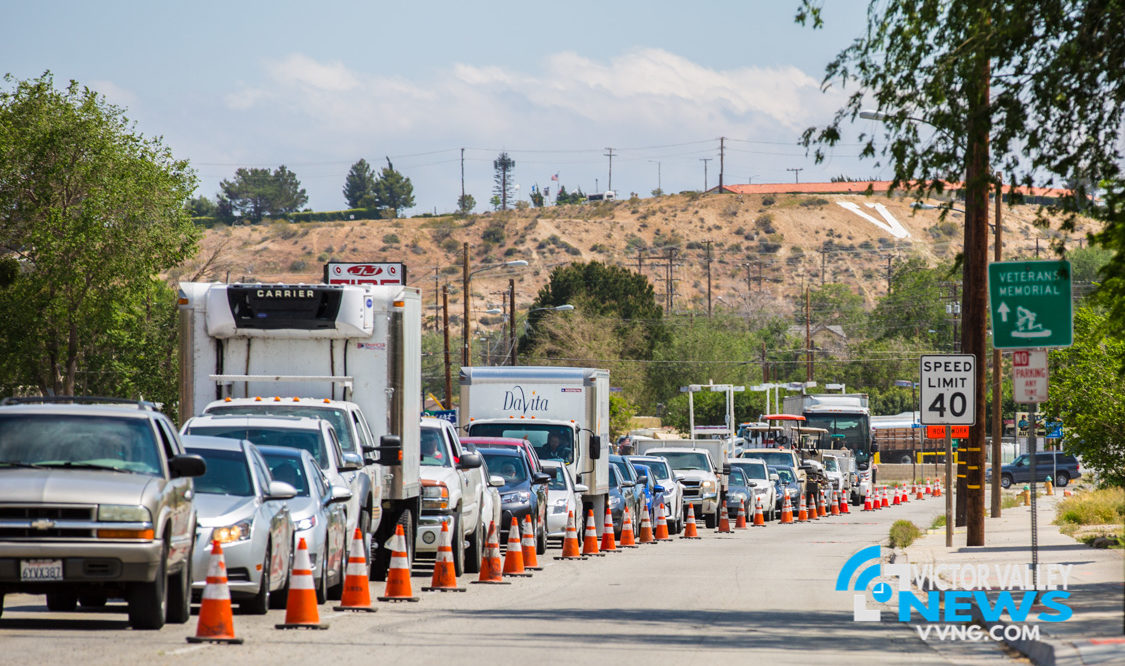 VICTORVILLE, Calif. (VVNG.com) Caltrans is advising motorist of a new traffic pattern for the I-15 freeway interchange project in Victorville.

Caltrans and Ames Construction have established a new traffic pattern at the 1600 block of ‘D” Street within the construction area which is expected to be in place until the middle of July.

“The new configuration allows for one lane in each direction, with traffic utilizing two of the four-lane highway, ” stated Caltrans officials. “The remaining two lanes will be completely blocked off for bridge pier construction.”

Traffic signals at northbound and southbound on and off ramps will remain on ‘flash’ for the duration of the closure.

Due to the reduced lanes, motorist are advised to seek alternate routes and expect delays if/when traveling through the construction area.