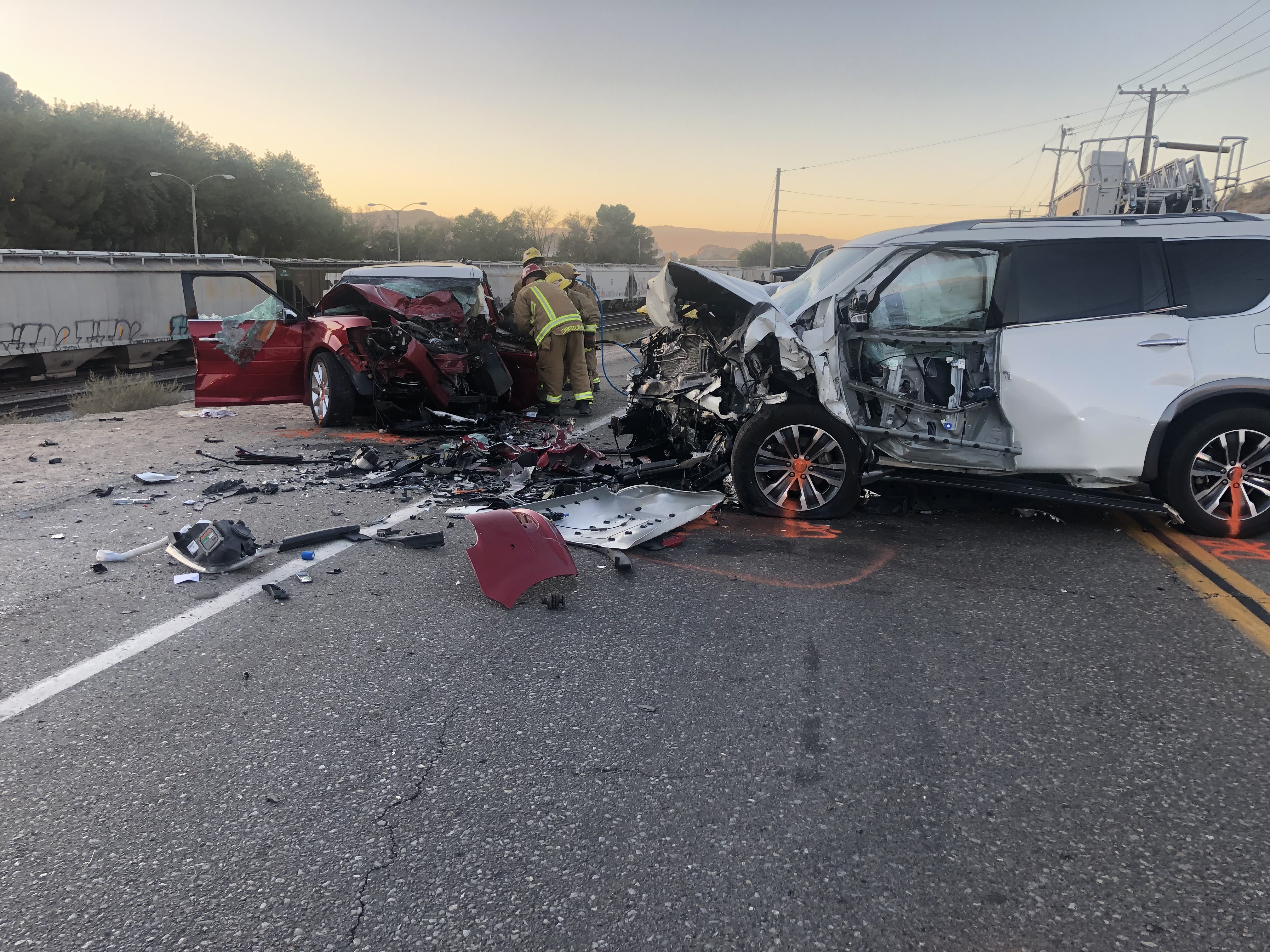 VICTORVILLE, Calif. (VVNG.com) — A Sunday night crash that left one person dead and two others injured prompted officials to shut down National Trails Highway/D Street in Victorville for several hours.

At about 10:39 pm on September 8, 2019, a two-vehicle accident was reported on National Trails near Tawney Ridge Lane, in front of the cement plant.

According to a sheriff’s news release, a white Nissan Armada was traveling southbound toward the I-15 and a red Ford Flex was traveling the in the opposite direction.

“The Nissan crossed over the double yellow line into oncoming traffic and collided head-on with the Ford,” stated the release.

The driver of the Nissan, 45-year-old Kenya Williams, was airlifted to a local trauma center for treatment of her moderate injuries.

Officials said the Ford was occupied by two occupants and the driver of the Ford was pronounced deceased at the scene.

The passenger in the Ford was airlifted to a local trauma center and is listed in critical condition. Investigators have not yet been able to identify the passenger.

Deputies are investigating whether drugs or alcohol were a factor in the collision and it’s unknown at this time, why the Nissan crossed into opposing lanes.

The driver’s identity is being withheld pending notification of their next of kin.