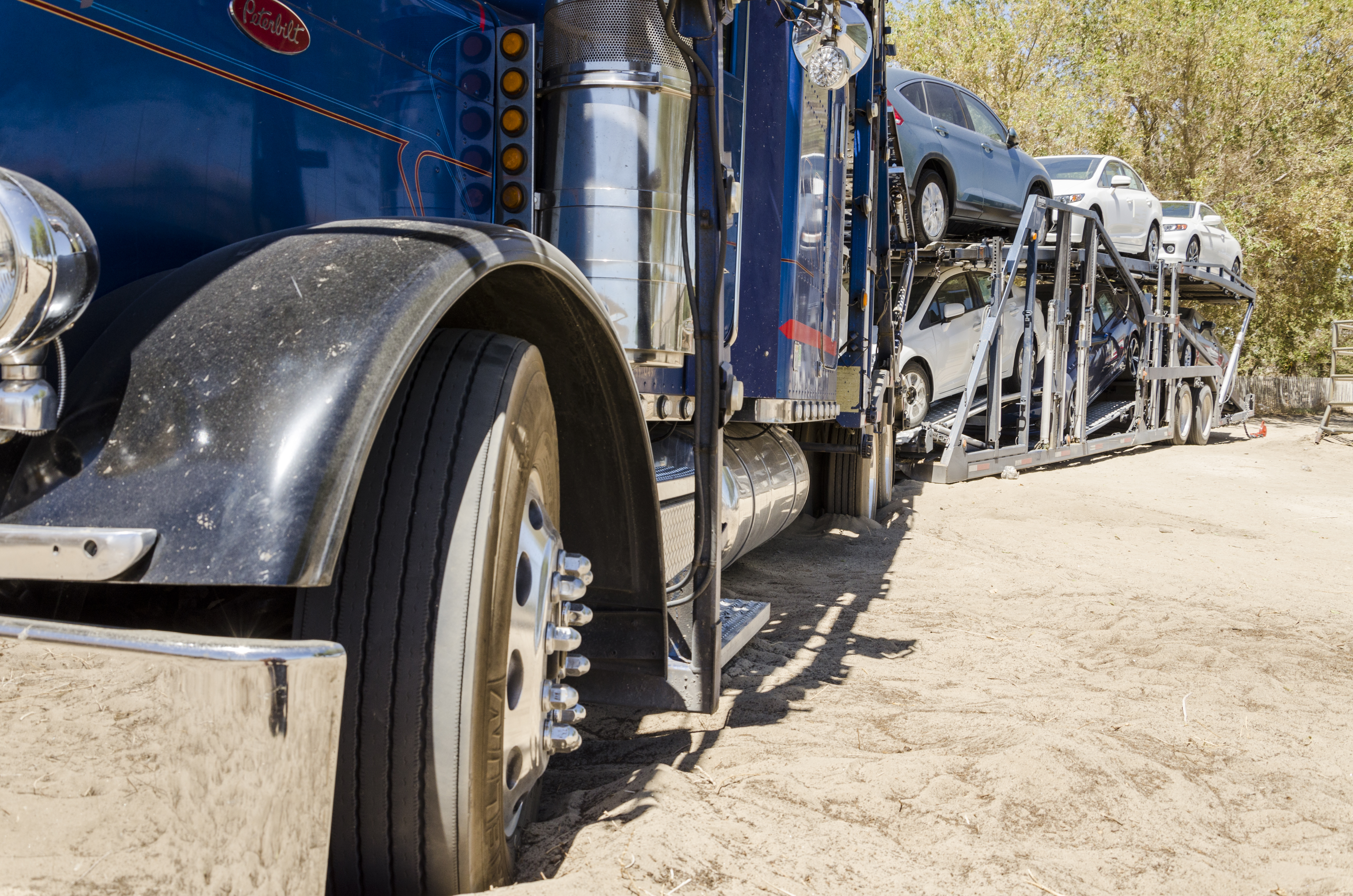 VICTOR VALLEY:(VVNG.COM) – While a suspect has yet to be arrested for the theft of two fully-loaded auto transports; authorities have gathered “good physical evidence” according to a high-ranking official who has close knowledge of the case.

Authorities traveled to the small community of Silver Lakes, located in Helendale, and received surveillance video from local businesses near the scene of the crime.

Investigators were able to get the surveillance video thanks to the rather populated area the truck was taken from. The truck was stolen from an empty dirt area located next to San Bernardino County Fire Station 4; a common place to see semi-trucks parked for the night. Across the street is a shopping plaza with several stores, restaurants, and small businesses.

A “larger-than-normal” amount of fingerprints, along with DNA evidence, mail, and an opened Twinkie box, were found at the scene of the first recovered truck in Helendale.

Following the theft and recovery of a second truck less than 24 hours after the first crime, investigators found evidence that linked the same suspect to both incidents. There was also evidence to indicate that more than one individual was involved throughout the process of both thefts. At this time, the evidence that linked the crimes together is being withheld due to the ongoing investigation, but an official with knowledge of the case did disclose the linking evidence to a Victor Valley News reporter.

After hearing that the trucks were stolen, multiple people posted to social media sites with accounts of possibly witnessing important information pertaining to the crime. One individual even offered a suspect description, and investigators are contacting people who have reached out with possible clues.

Authorities are now waiting for the analysis results on the evidence gathered.

If you or someone you know has information regarding this case, please contact authorities; those wishing to remain anonymous can do so. The suspects involved in this case are urged to turn themselves in quickly and peacefully under their own willpower. If you know a suspect in this case, ask them to come forward before law enforcement officials apprehend them. Between witness testimony, captured video surveillance, and the large amounts of physical evidence from both crime scenes, it is only a matter of time before authorities close in and capture the suspects. Your compliance will be appreciated.

Arrow Santos can be reached at asantosvvn@gmail.com or on Twitter @Arrow_VVNews