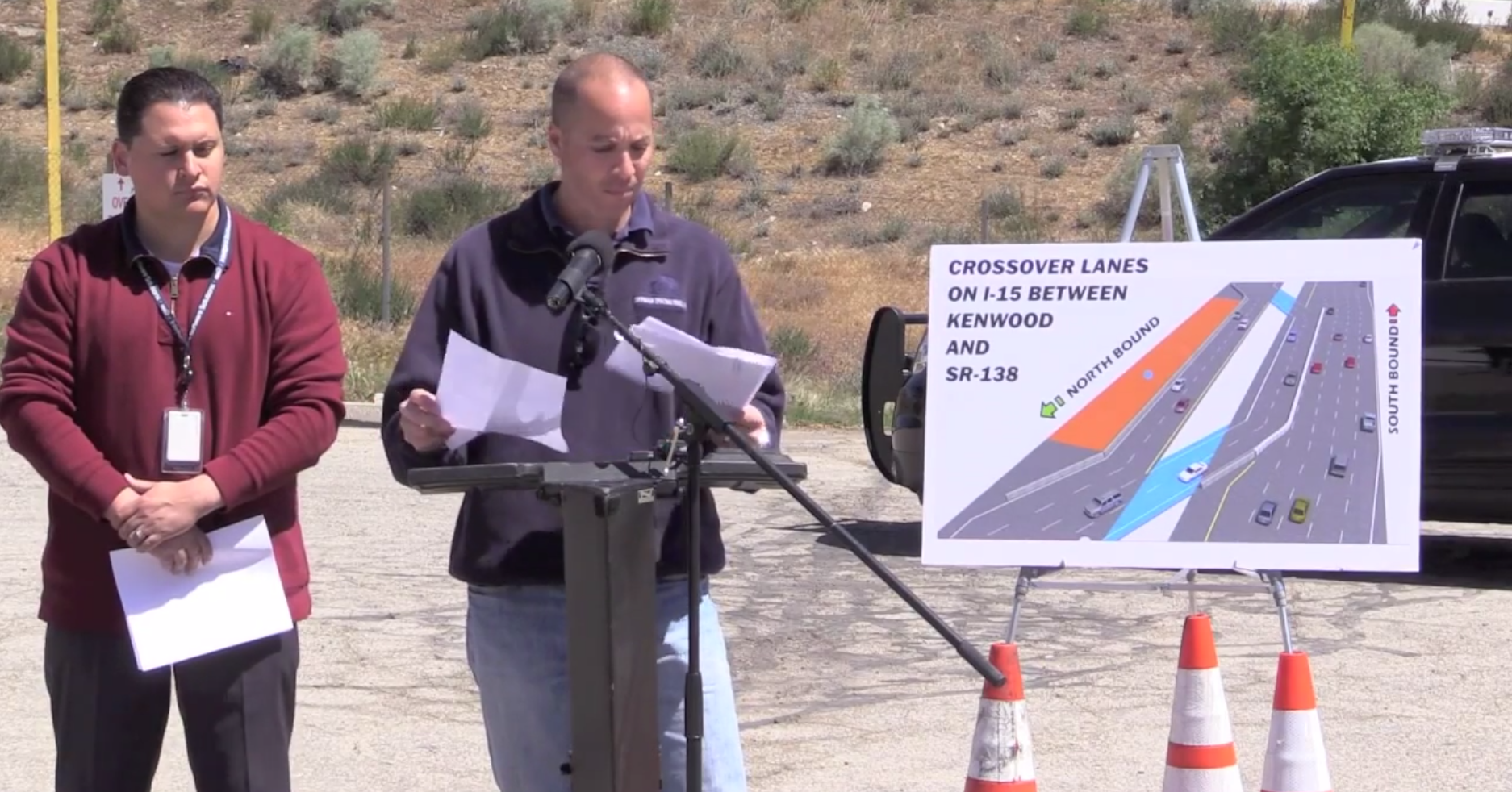 CAJON PASS-(www.VVNG.com):  The Cajon Pass is a route used by nearly a million vehicles on a weekly basis. The route is used by commuters as well as tourists and those on a mission to win big in Las Vegas. The historically rich pass was a travelled through before in the mid to late 1800’s with the first paved road in the area not being put in until 1916.

Today, commuters have a love hate feeling about the Cajon Pass being that they use it to get to and from work, but the hate comes from the daily traffic collisions and the common congestion in the area. Beginning on Friday, April 10th, yet another change will come to the lately ever changing Cajon Pass. With the need for upgrades due to  the rising traffic commuters must just brace and prepare for the traffic that likely will follow.

The “Cajon Crawl” was the name used as the lane closures began in early August of 2014. The single lane closure caused a traffic nightmare to many commuters. CalTrans will continue the Cajon Pass Rehabilitation Project to replace deteriorating portions of the busy roadways as part of the $120 million project. These lanes will be southbound lanes that will be used for northbound traffic starting approximately 2 miles north of Kenwood ave. to  1.5 miles north of State Rte. 138. The 5 mile stretch is expected to stay in place for 10-12 weeks while workers work hard to place slower setting longer lasting concrete.

With safety being a major concern, with the already high rate of collisions on the Cajon Pass, drivers are urged to drive at the posted speed limits. Those that do not, will be fined heavily due to the work zone and speed laws. Drivers are to reduce their speed by 10 mph to 60 miles per hour for regular passenger vehicles and 45 for trucks. For the safety of motorists, speed limits will be strictly enforced. Motorists are asked to leave early, and plan for some delays of approximately 15 minutes in order to arrive at your destination safely.

According to San Bernardino County Board of Supervisors member, Janice Rutherford motorists exiting Hwy 138 should not use the crossover lanes, only the actual lanes will provide access to the Hwy 138 offramp. Crossover lanes will have far and few places to pull off of the road in the case of car problems or collision, those who feel they may have problems should avoid these lanes.