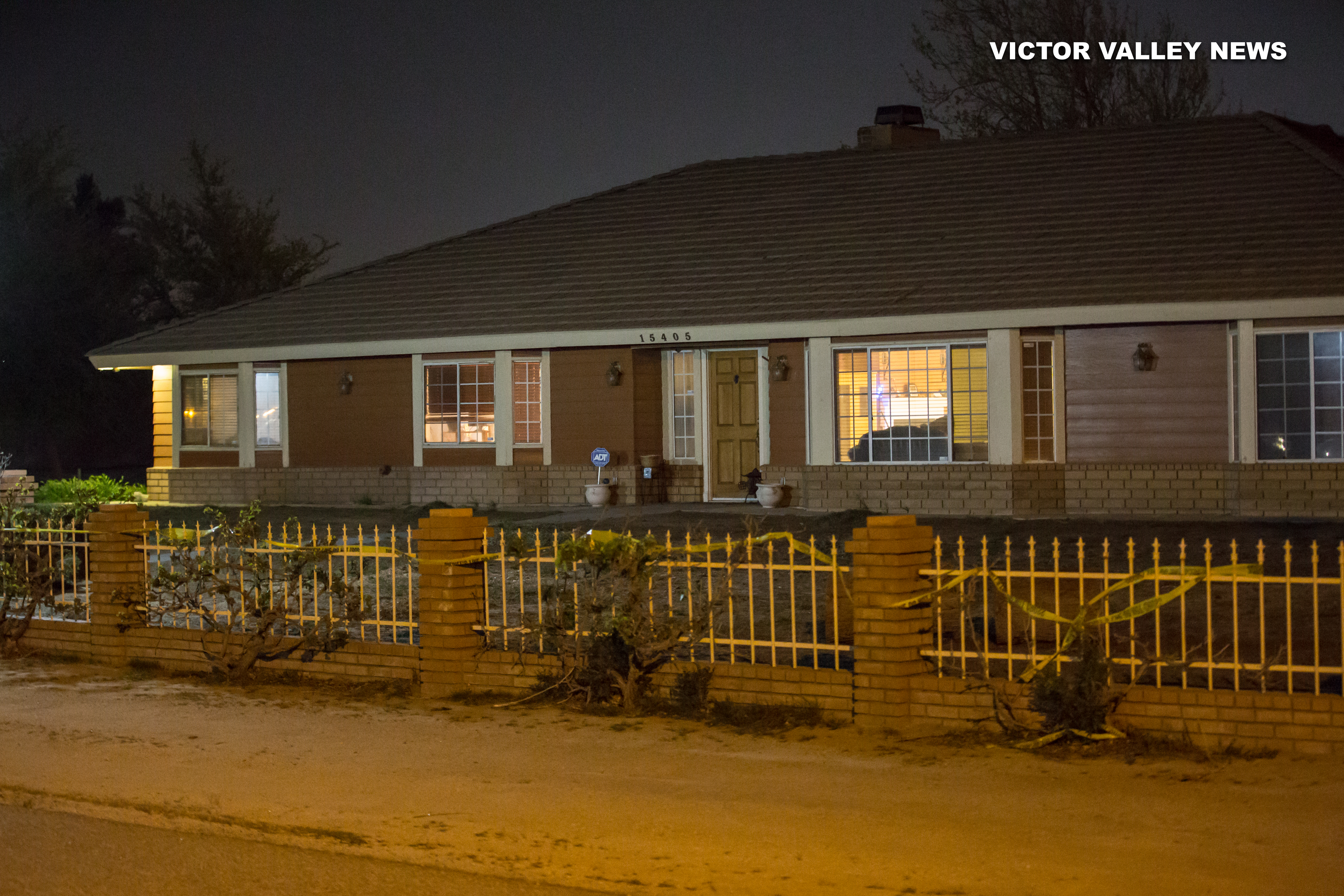 VICTORVILLE, Calif. (VVNG.com) The house located on the 15400 block of Pamela Lane remains an active crime scene nearly 15 hours after a grim discovery was made Monday morning.

Deputies were called to the home when a parent called 911 after locating their 23-year-old son dead near a hammer and a pool of blood.

Per scanner traffic, it was reported that a parent initially contacted 911 and said they believed the death may have been suicide.

Police have remained tight-lipped on details, with the man’s identity yet to be confirmed.

As of Monday night, crime scene investigators can be seen fingerprinting and black-lighting the house in its entirety. An evidence marker displaying a number “11” can be seen through a window where a computer is located.

Sheriff’s Spokeswoman told Victor Valley News that the investigation has been turned over to the Homicide Details Division.

More information will be updated as it becomes available. Join our newsgroup on Facebook with over 93,000 members. Victor Valley News.

Crime Scene Investigators can be seen combing for evidence in a room where a computer is located. (Gabriel D. Espinoza, Victor Valley News)

The scientific investigations truck remained parked in the driveway of the home at 10:30 p.m., 15 hours after the man was found dead. (Gabriel D. Espinoza, Victor Valley News)

Related Topics:death investigation
Up Next