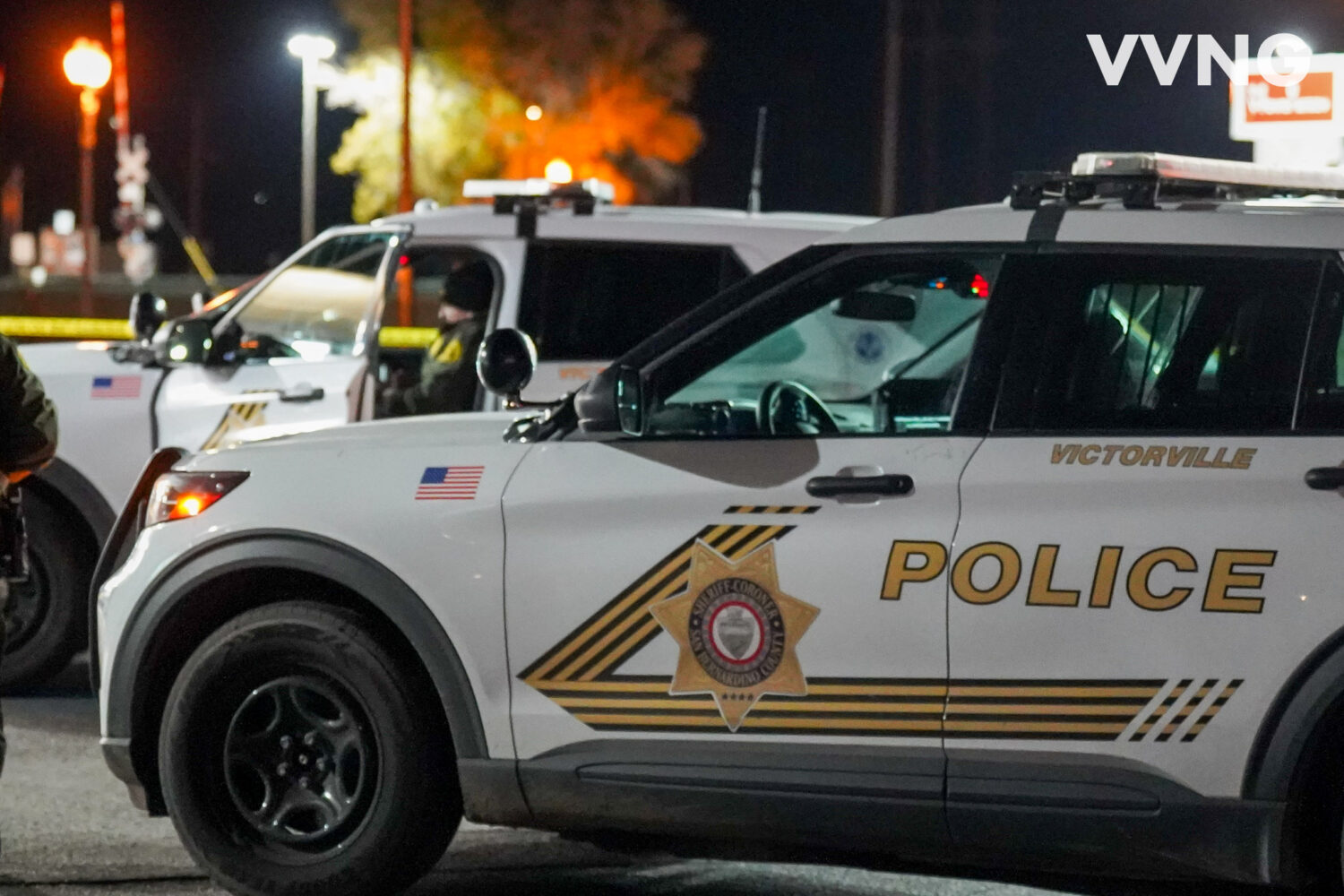 VICTORVILLE, Calif. (VVNG.com) — On Saturday, December 3, 2022, at approximately 10:29 p.m., San Bernardino County Sheriff’s Deputies from the Victorville Police Department responded to the 15000 block of Culley Street referencing a domestic disturbance at the location.

Through investigation, deputies learned that a male suspect shot at another male that was in his vehicle pulling up to the location, a Sheriff’s Spokesperson confirmed.

Police said the suspect fled the scene before deputies arrived, and a warrant has been issued for the suspect’s arrest. Authorities did not provide any details pertaining to the suspect.

“No further information is being released to not jeopardize the investigation,” Sheriff’s officials said via email.

Cameras and digital equipment were taken during the break-in, officials said.

VICTORVILLE, Calif. (VVNG.com) — A woman investigating the sound of gunfire discovered the bullet entered her residence.

On November 30, 2022, at 4:50 p.m., the Victorville Police Department received reports from a resident at the Victor Villa Mobile Park at 13393 Mariposa Road, stating she heard a gunshot.

“The reporting party heard a gunshot then located a bullet hole in her window,” a spokesperson from the Victorville Police Department stated, “it came from the vacant area/wash behind her space,” authorities said.

“The bullet went through her window and objects in her house,” officials said.

Deputies did not locate a shooter in the area and had no further information to release.

VICTORVILLE, Calif. (VVNG.com) – Deputies continue to search for a suspect who assaulted a store cashier during a robbery last week.

On Tuesday, November 29, 2022, at 8:05 p.m., Deputies from the Victorville Police Department responded to a report of a robbery at the Mobile Gas Station located at 15603 7th Street, in Victorville.

Officials said the suspect entered the gas station and pointed a gun at the clerk, grabbed the clerk and threw him on the ground, and proceeded to hit him with the butt of the rifle.

“The suspect took cash out of the register then fled on foot,” authorities said.

The suspect was described as a black male adult wearing a face mask, grey hoodie, and dark-colored pants.

Deputies were unable to locate a suspect matching the description in the area, and officials say the investigation is ongoing.

VICTORVILLE, Calif. (VVNG.com) – Deputies responded to the Walgreens at the corner of Amethyst Road and Bear Valley Road in Victorville in reference to an attempted robbery.

It happened on Tuesday, November 29, 2022, at about 5:48 p.m., when an unknown subject went into the business wearing a black hoodie and carrying a blue backpack, authorities said.

The suspect waited for the employee to open the register, then pepper sprayed her and attempted to take the cash register before leaving, sheriff’s officials confirmed.

Deputies searched the area but did not locate anyone matching the suspect’s description.

Victorville couple under investigation after using taser and broomstick in fight

VICTORVILLE, Calif. (VVNG.com) – A boyfriend and girlfriend are under investigation after fighting each other with a taser and a broomstick.

On November 29, 2022, at 7:15 a.m., Victorville Police Department responded to the 14900 block of Arlette Drive for reports of an assault with a deadly weapon.

Upon arrival, deputies investigated and learned a boyfriend and girlfriend got into an argument at the boyfriend’s apartment, one tased the other, and one hit the other with a broomstick.

It was not immediately known if any arrested were made, as authorities said the incident is still under investigation.

VICTORVILLE, Calif. (VVNG.com) – Deputies are investigating a break-in that resulted in theft from a local phone store.

On Monday, November 28, 2022, at 12:57 p.m., the business reported that someone broke into the Metro PCS store located on the 15300 block of Palmdale Road in Victorville, sometime in the early morning hours the day prior, sheriff’s officials said.

An unknown amount of merchandise was taken, and the door was vandalized.

No further information was given.

During the incident, the two unknown suspects broke into the business through a door, then broke a window and attempted to break into the safe.

Being unsuccessful, the two suspects left the location and have not been located.