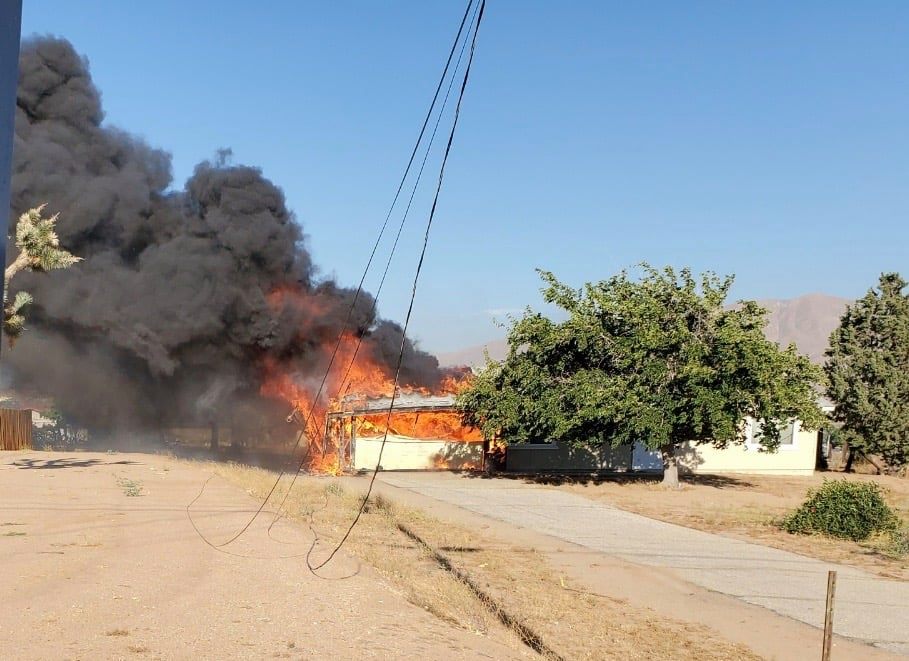 (House fire in the 10k block Carrissa Ave in Hesperia)

At around 12:54 PM on July 22nd, crews responded to the first residential structure fire in the 18000 block of Sutter Street in Hesperia.

When crews arrived to the scene, they found an attached garage fully involved with flames and extending into the home. Officials said the occupants of the home all safely evacuated. Several reptile pets, a cat, and the family dog were found and returned to the family.

Firefighters were able to stop the fire in the attic before it spread to the majority of the home. The fire was knocked down in approximately 40-minutes.

The second fire was called in at about 5:50 PM in the 10000 block of Carissa Avenue in Hesperia. Upon arrival, firefighters located a boarded-up home well involved with fire and heavy winds.

As firefighters approached they encountered power lines that had dropped from the building as well as a gas leak from the garage side of the building. The garage and a vehicle sustained significant damage and the structure was found to be clear of any occupants.

The cause of both fires remains under investigation and no injuries were reported by civilians or firefighters.

San Bernardino Woman, 25, With No Underlying Conditions Dies From COVID-19

Hesperia man, 25, arrested for assault on a deputy and child cruelty