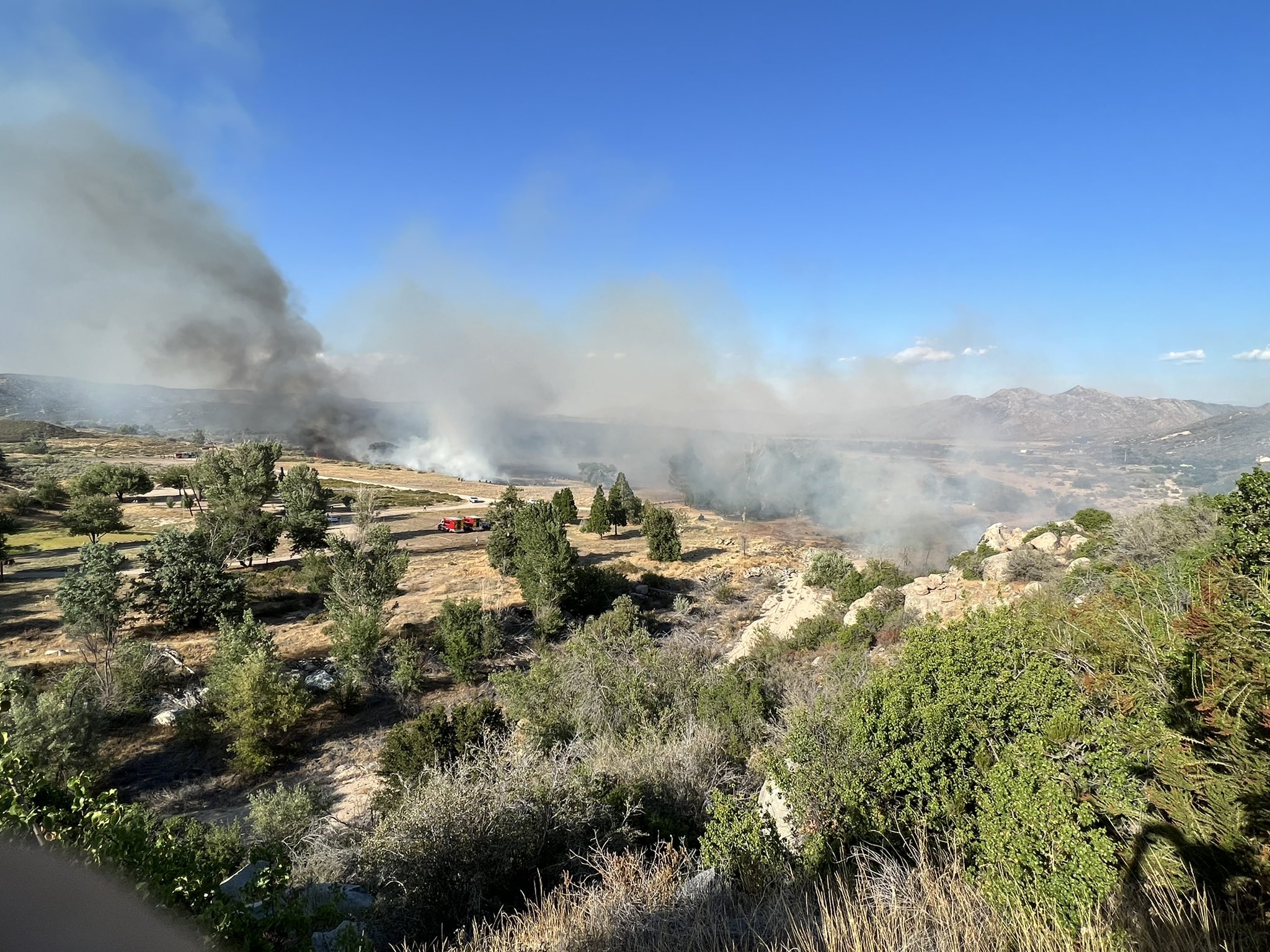 HESPERIA, Calif. (VVNG.com) — Fire crews are battling a brush fire near Silverwood Lake that has grown to approximately 50 acres in size and was started by an alleged armed suspect.

According to the California Highway Patrol incident logs, the fire was started by the reporting party’s brother and he was possibly armed. Fire crews arrived on scene and were told to stage out of the area until law enforcement was able to secure the scene.

By the time crews were cleared in the fire had grown to approximately 5 acres in size and was burning in the brush along the south side of the highway with a moderate rate of spread.

At about 7:20 pm, Cal Fire BDU reported the fire was 40-50 acres in size, and three structures have been destroyed. Firefighters are faced with shifting winds in the fire area.

Officials confirmed the suspect was taken into custody and it’s unknown what type of weapon he was armed with.

Road closures are in place along Highway 173 from Las Flores Road to Highway 138 intersection, until further notice.

Silverwood Lake SRA confirmed the fire is currently not posing any threat to the park and motorists should expect heavy traffic delays.