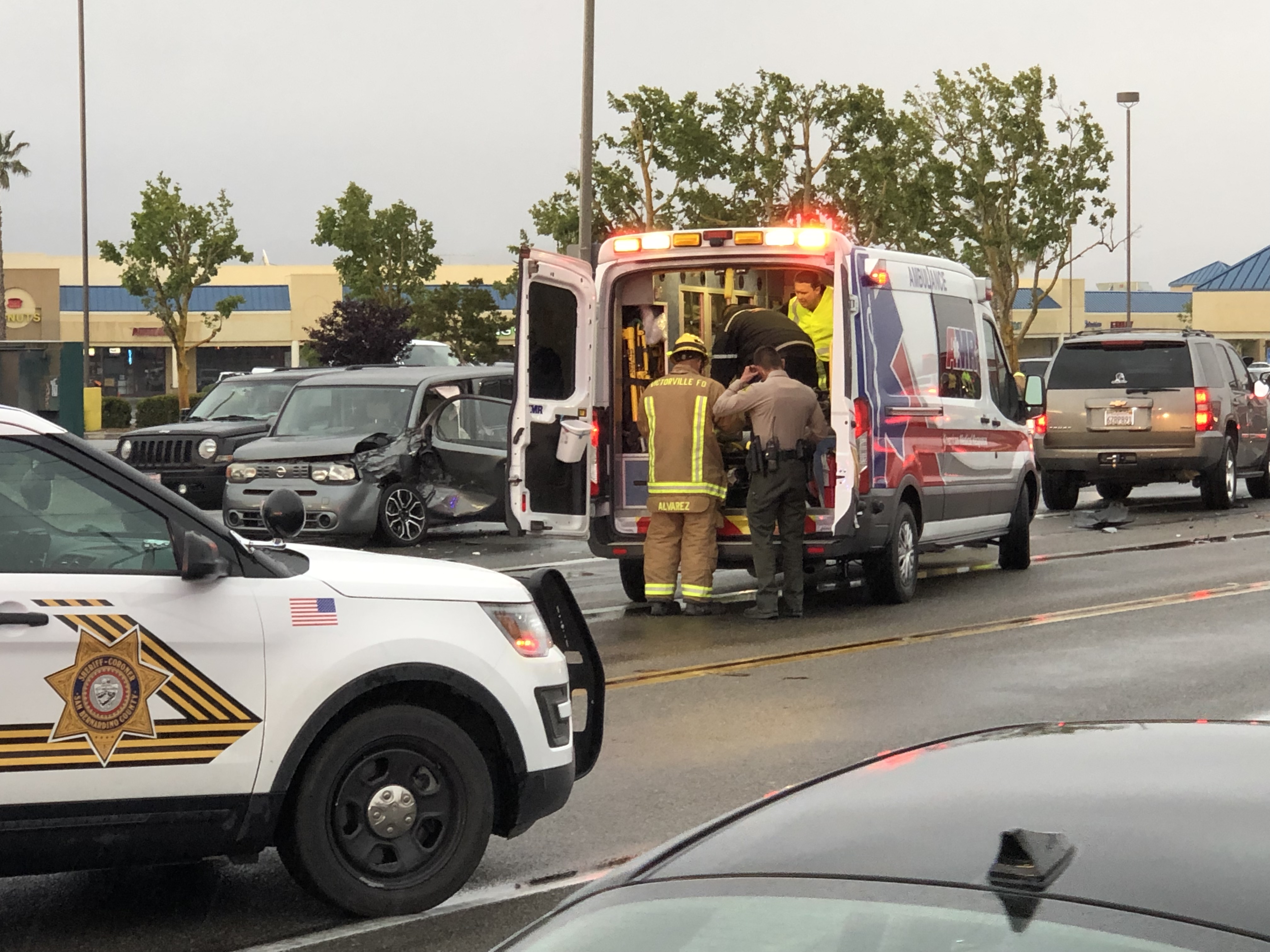 The crash was reported just before 7pm at the intersection of Bear Valley Road and Hesperia Road and involved at least two vehicles, a gray sedan and a gray 2007 Chevy Tahoe.

The Victorville City Fire responded and had to help the driver of the Kia pop their door open.

The driver of the Kia was placed into the back of the ambulance with minor injuries and transported to a hospital. 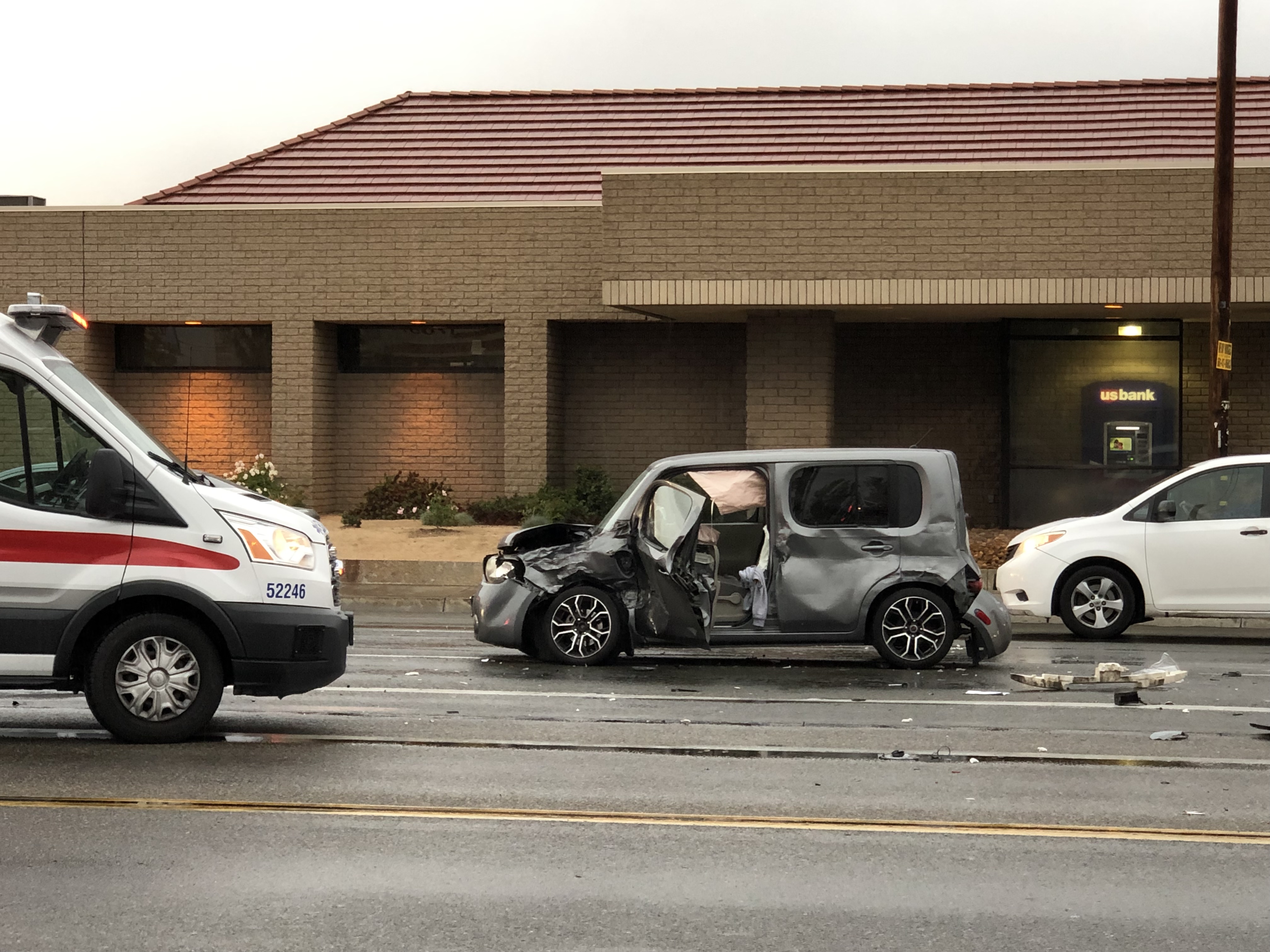