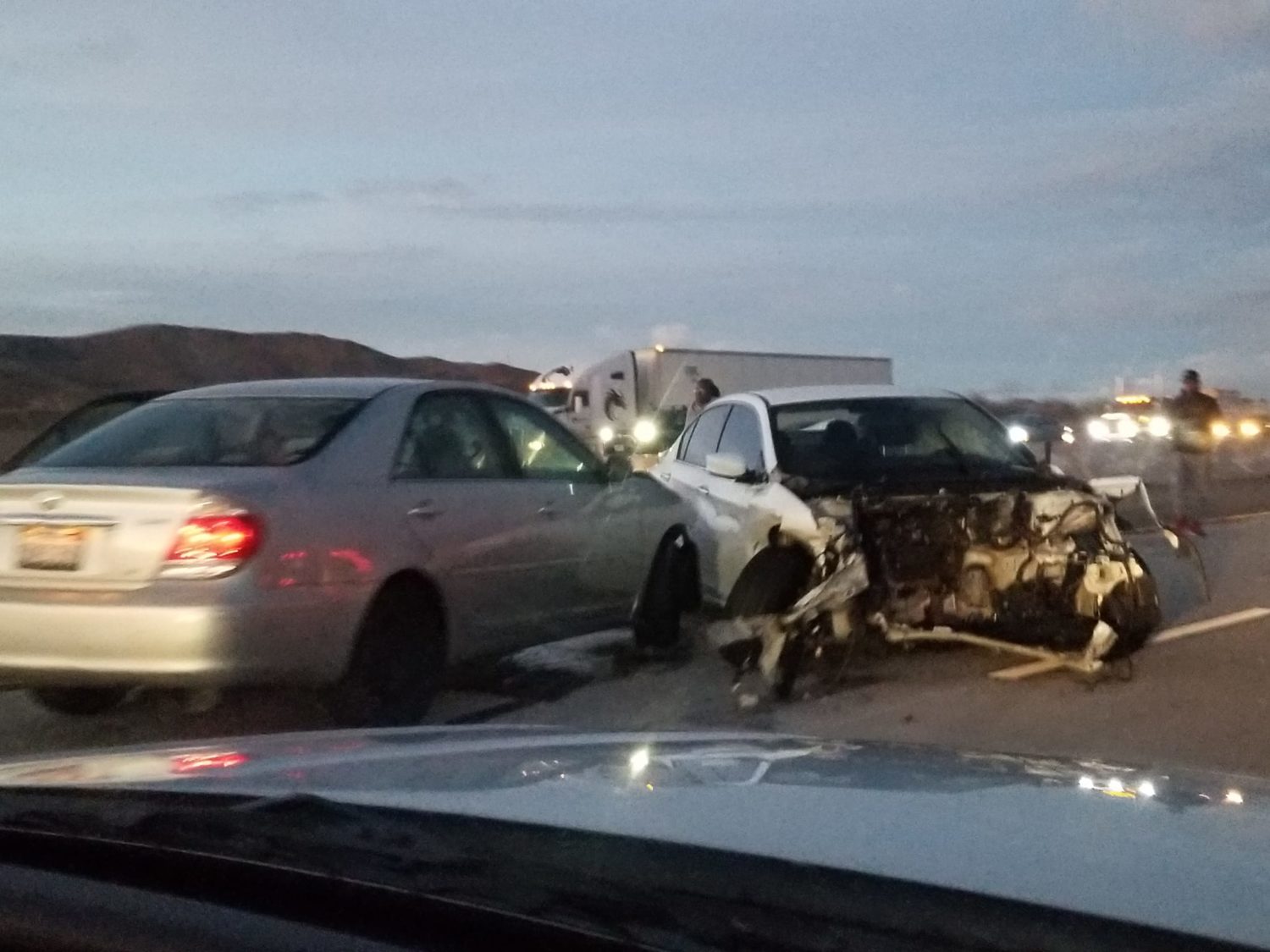 The crash happened just before 5 p.m. in the northbound lanes, just south of Dale Evans Parkway.

A witness reported that a silver Ford Mustang and a Toyota Camry were racing prior to the collision, according to the California Highway Patrol logs.

Firefighters arrived on scene and located multiple vehicles with major damage, however, no injuries were reported.

Several tow trucks were requested to clear the vehicles from the road, including an engine that fell from one of the involved vehicles.

CHP officials reopened all lanes of traffic at 5:56 p.m. No additional information was immediately available.