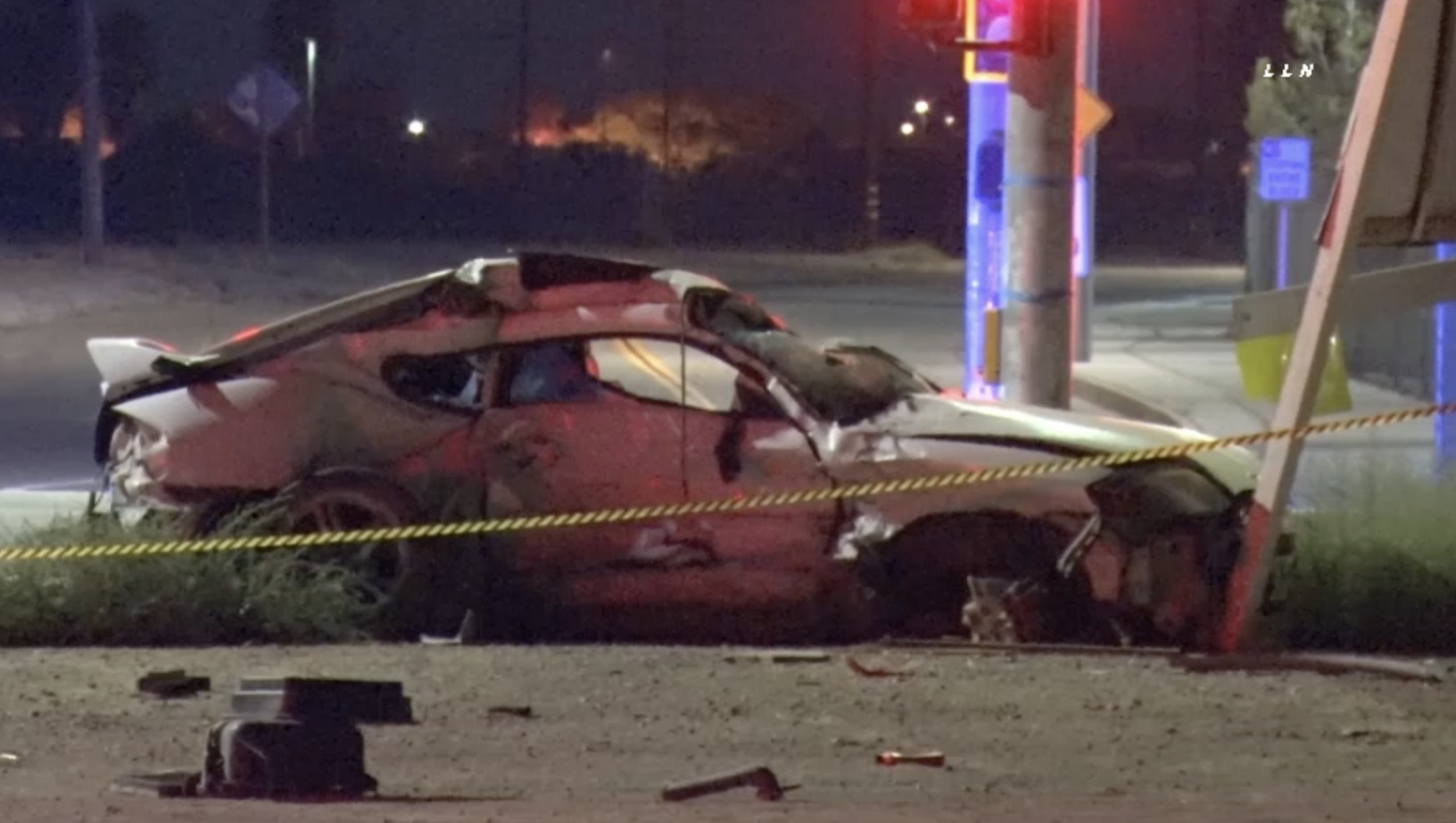 VICTORVILLE, Calif. (VVNG.com) — A 29-year-old man and a 23-year-old woman are dead after a traffic accident in Victorville.

It happened on Saturday, October 3, 2020, at approximately 2:18 AM, at the intersection of Palmdale Road and Cobalt Road, across from Silverado High School.

For reasons still under investigation, a black 2001 Ford Explorer traveling west on Palmdale and a white 2006 Hyundai Tiburon heading north on Cobalt collided at the intersection.

The driver of the SUV, a 58-year-old male, was transported by ambulance to a local hospital for treatment of his injuries.

The crash prompted a hard road closure on Palmdale Road west of Amethyst Road and east of Diamond Road was closed in both directions for several hours while the scene was processed for evidence and interviews were conducted.

Officials said the investigation of the collision is ongoing and anyone with information or any witnesses to the collision is asked to contact Deputy A. Hylin or Deputy M. Lee at the Victorville Police Station at 760-241-2911.