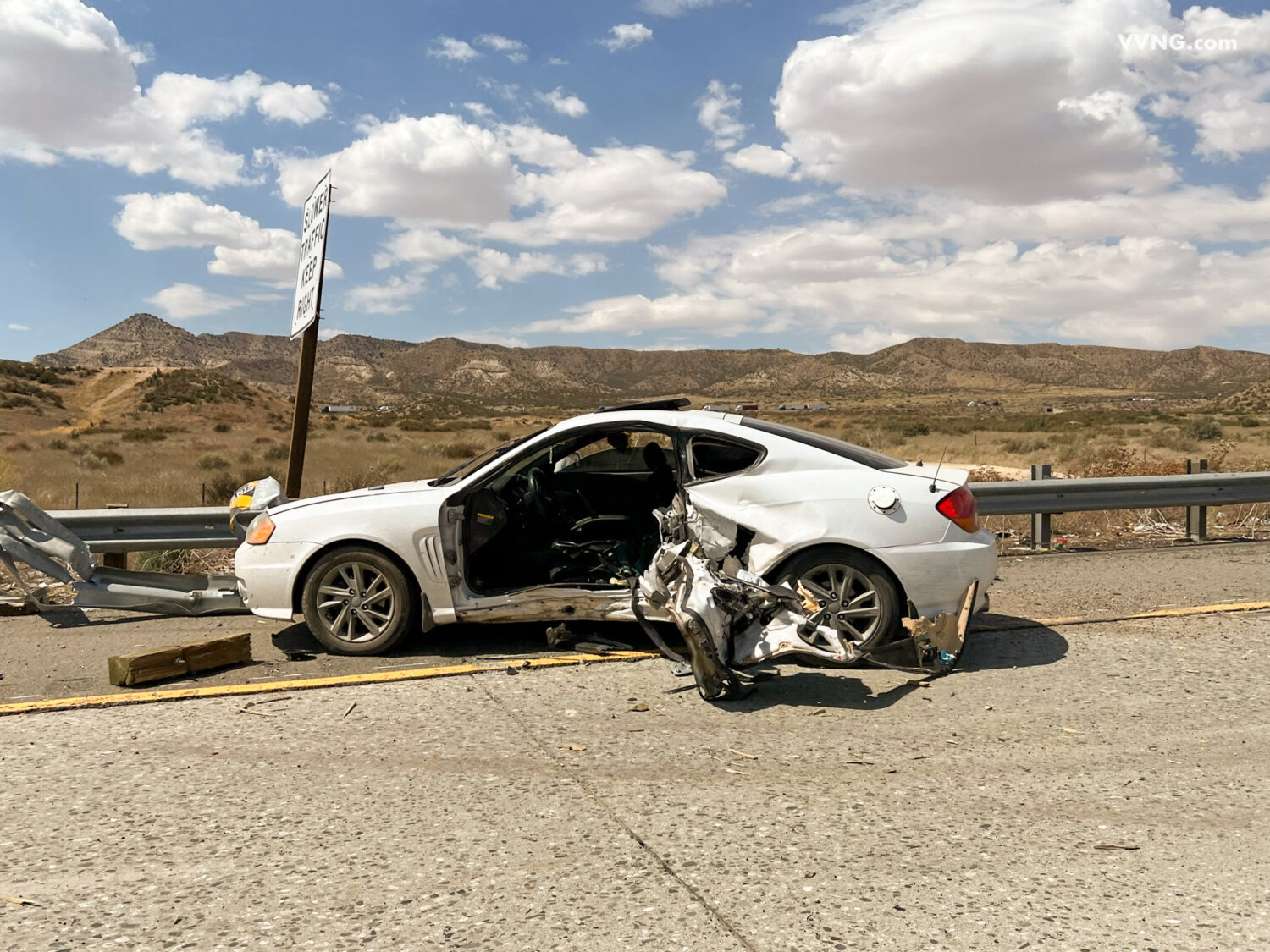 CAJON PASS, Calif. (VVNG.com) — Traffic on the northbound I-15 freeway in the Cajon Pass remains jammed after one person was critically injured in a collision.

For reasons still under investigation, the vehicle went off the left shoulder, spun around, and crashed into the guardrail. The driver’s side of the vehicle sustained significant damage and the door was torn off.

San Bernardino County Fire arrived on scene and confirmed the male occupant was trapped inside the vehicle and requiring extrication. The male was transported by ground ambulance to an area hospital with unknown injuries.

The no. 1 and 2 lanes were blocked while the patient was transported and the vehicle was towed away. Caltrans were notified about 10 ft of guardrail that was damaged.

The official cause of the accident is under investigation by the Victorville California Highway Patrol station.

Related Topics:15 freewayvictorville
Up Next

Cargo truck catches fire on SB I-15 freeway in Victorville