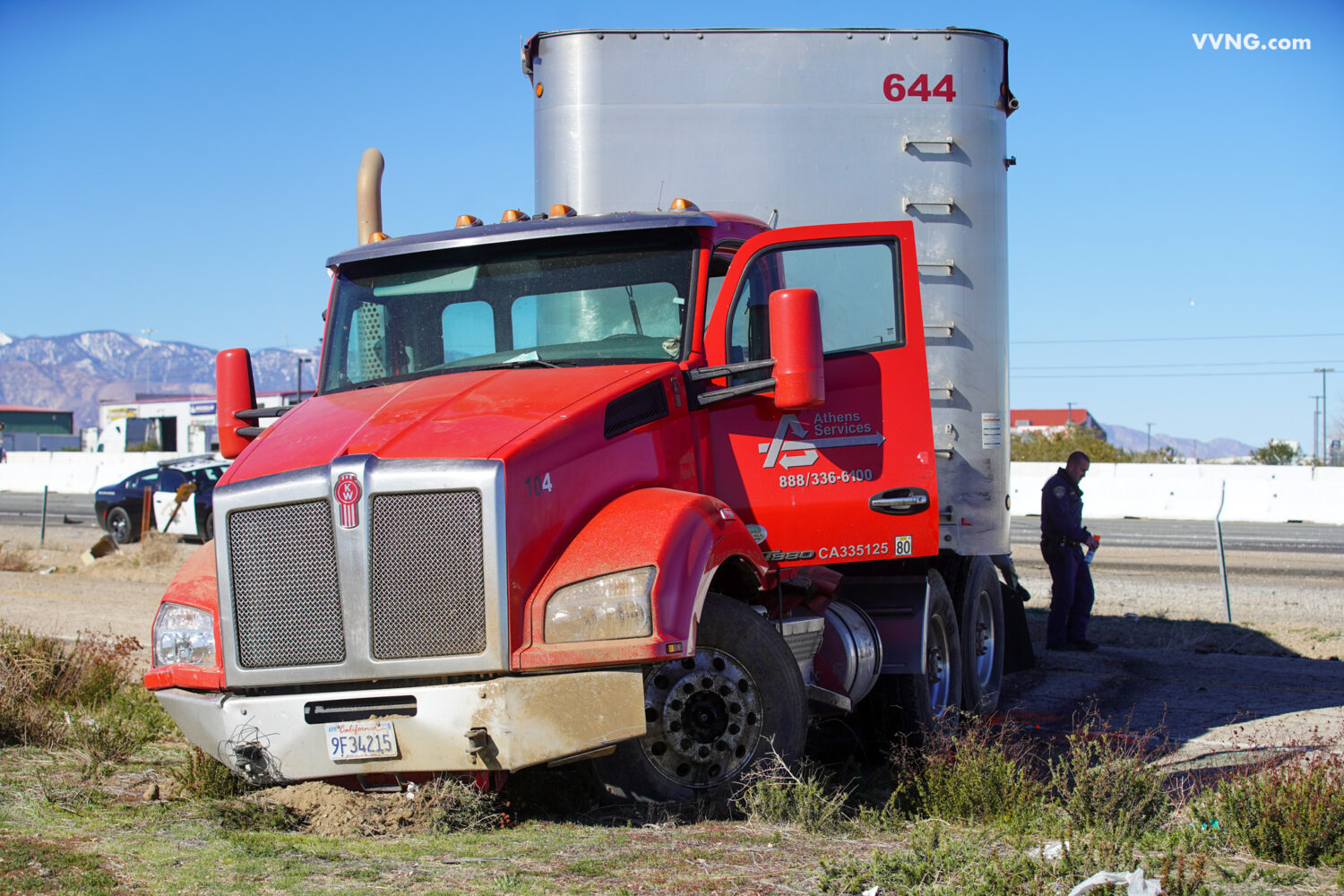 HESPERIA, Calif. (VVNG.com) — The California Highway Patrol is investigating a traffic collision that occurred Friday morning that may have been caused by racing.

The crash happened at approximately 8:30 a.m. between Joshua Street and Main Street and involved a silver Infinity and an Athens Services semi-truck.

According to the CHP Logs, the silver Infinity and a blue 4-door Subura had been racing just prior to the crash at speeds reportedly between 110-120 MPH.

The witness told CHP Dispatch that the Infiniti cut the trailer off, causing the collision.

Upon impact, the Infinity was pushed into a ditch and the semi-truck went through the perimeter fence and blocked both directions of Mariposa Road, just south of Muscatel Street.

The northbound 15 freeway experienced delays as a result of the incident. Hazmat was requested to the scene to clean up 10-15 gallons of motor oil and transmission fluid that had spilled in the dirt.