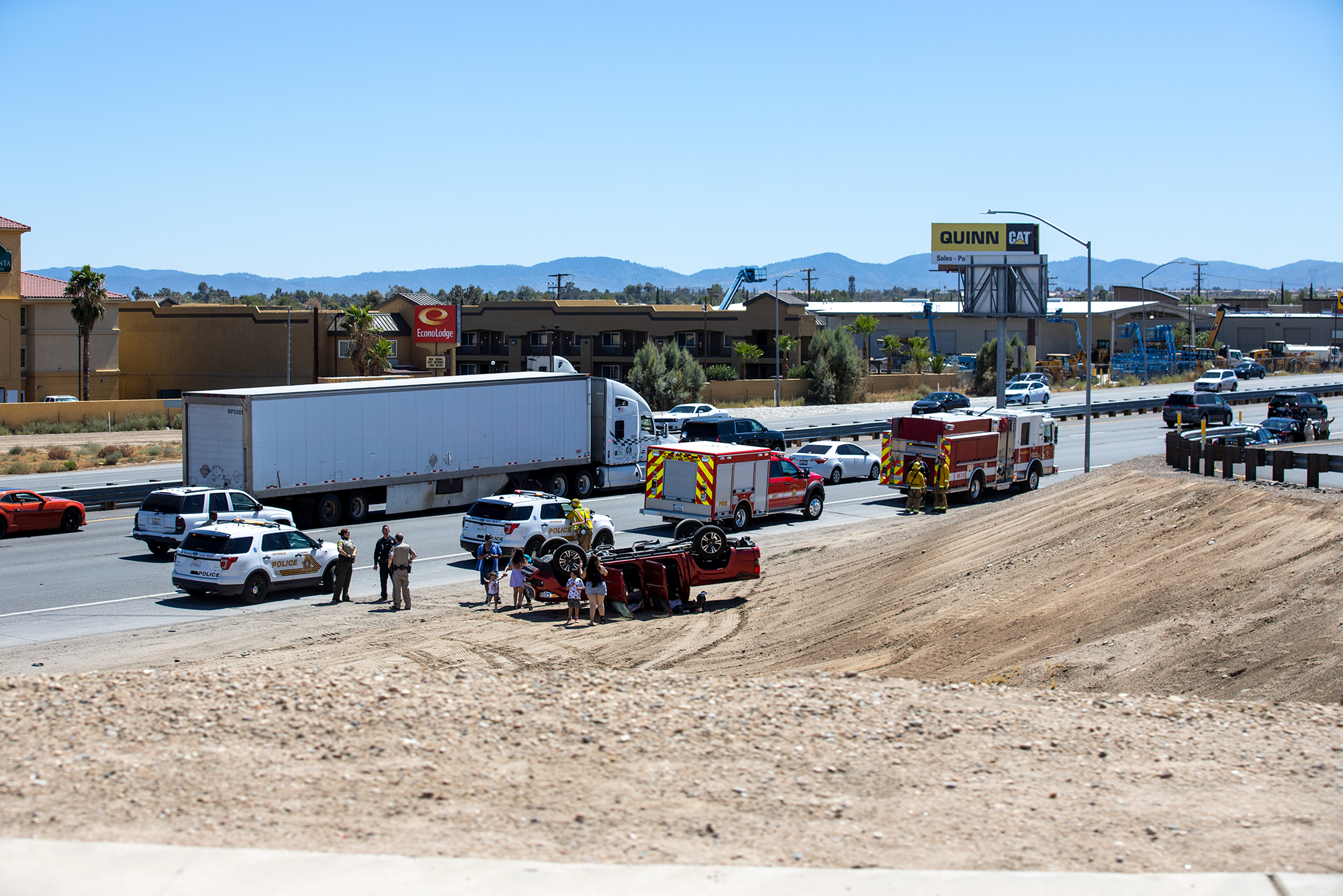 VICTORVILLE, Calif. (VVNG.com) — A crash between two vehicles near the Bear Valley Road overpass Saturday sent one vehicle onto the 15 freeway, resulting in a multi-vehicle collision.

The Victorville Fire Department, California Highway Patrol, and AMR responded to the incident at 1:21 p.m. and located a white Hyundai on the overpass and four other vehicles on the freeway with one of them on its side.

A witness told VVNG that a black Hyundai ran a red light while traveling eastbound on Bear Valley Road, striking the white Hyundai that was exiting from the southbound 15 freeway offramp and attempting to turn east on Bear Valley Road.

According to the witness, the black Hyundai continued off the overpass and was struck by a red Toyota pick-up truck as it crossed lanes of the southbound I-15 freeway. The impact caused the pick-up to overturn and land along the dirt shoulder and the Hyundai came to rest in the no. 2 lane.

Traffic on the southside 15 freeway was temporarily shut down as emergency workers treated 8 people at the scene for unknown injuries. It’s unclear if anyone was transported to a hospital.

The vehicles were moved to the shoulder lane as CHP officials reopened the freeway.