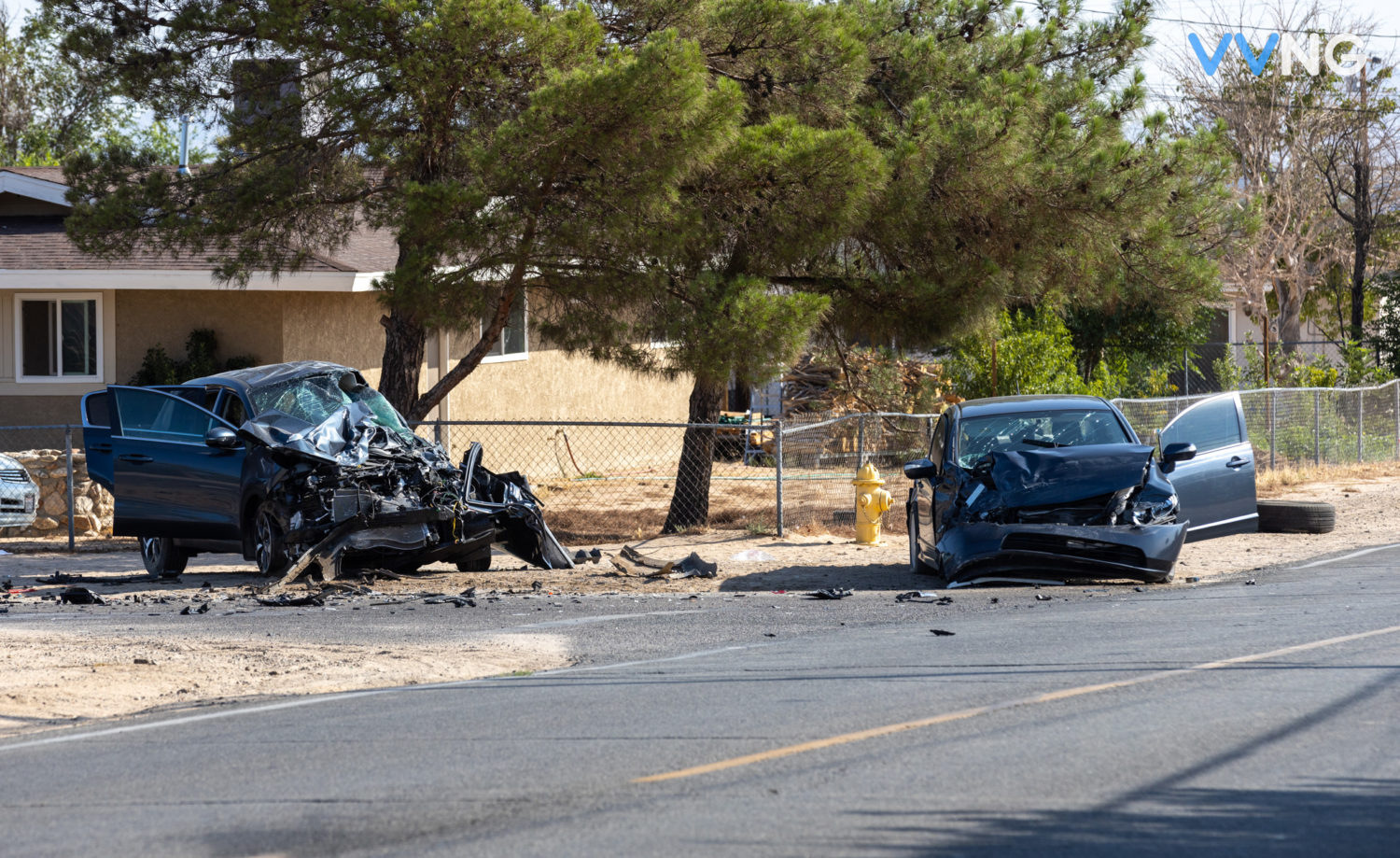 HESPERIA, Calif. (VVNG.com) — A 59-year-old man was killed in a traffic accident after a 14-year-old boy ran a stop sign Thursday morning in Hesperia, officials said. ​

On Thursday, July 22, 2021, at approximately 7:00 a.m., Deputies from the Hesperia Station and rescue personnel from the San Bernardino County Fire Department responded to a traffic collision on Choiceana Avenue, at the intersection with Yucca Street, in the city of Hesperia.

Sheriff’s officials said, “the Chevrolet driver failed to stop at the posted stop sign on Yucca Avenue and the other two involved vehicles almost simultaneously broadsided the Tahoe from opposite directions.”

The driver of the Kia was pronounced deceased after being transported to a nearby hospital. The San Bernardino County Coroner’s Office identified him as Craig Sale, a resident of Hesperia.

Sheriff’s officials said at this time, it has not been determined if drugs and/or alcohol were a factor in the collision.

Officials said the boy did not have any visible injuries after the crash and the 55-year-old man in the Civic suffered moderate injuries. Both were taken to a nearby hospital for treatment.

The intersection of Choiceana Avenue and Yucca Street was closed for several hours while deputies from the Hesperia Major Accident Investigation Team (MAIT) processed the scene.

Anyone with information, or anyone who may have witnessed the collision is asked to contact Deputy T. Rogoff or Deputy D. Caudle at the Hesperia Station at 760-947-1500.